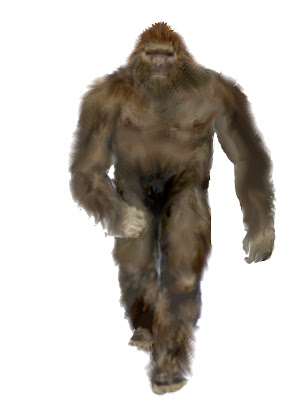 I think that everyone has probably seen the popular series "Fact or Faked: Paranormal Files" on the SyFy Channel by now. To make a long story short (in case you haven't seen the show) the series revolves around a group of investigators who find UFO, paranormal and crytozoology based videos online then go out and try to stage the events depicted in them to prove if they are real or BS.

Over the past couple of days I have been posting videos from Youtube on my Facebook page and asking my friends to rate them as "Fact or Faked?"

Most of these get a lot of "faked" votes, but there have been a few that left people scratching their heads. Either people really captured the "real deal" or they have a future in the movie industry.

I thought it would be fun to move the subject off of Facebook to Monster Island News where more people could enjoy these videos and respond with their own two cents about whether the videos contain something paranormal or are just the work of bored people with cinematic talent.

To keep the legal eagles out there happy I have changed the name of this feature from "Fact or Faked" to "Real or Hoax".

Here are the videos with their descriptions from Youtube:

Outstanding UFO Sighting Alien Encounter Caught On Tape 2011 A Closer Look of what apears to be an ALIEN or TROLL Caught on tape you decide?

Note: It has been pointed out that the people who made this one run a movie production company .... so it is a hoax. Regardless .... it freaked the shit out of me!

While hiking, we accidentally caught an image of bigfoot walking through the woods. I didn't even notice until I got home and saw it on the computer! This scarred the crap out of us!

I saw this gold shape shifting UFO sphere flying over Chicago May 27, 2011. This is the 3rd time this year I have seen it. It also flew over on 4/29 and 5/22. It appeared as a point of light looking East towards the Downtown. It was a gold sphere then a diamond shape back to a sphere it seemed to flicker and change from copper to burnt orange back to gold color. I saw to seperate MUFON reports of this being seen over Chicago I will include the links to those sightings and my own here in the description.

Something Big (and blurry) On Security Cam

This is security video captured on 5/25/11 at my house. Keep your eye on the tree next to the vehicle across the street. Watch as the blurry object descends the tree, seems to attack something in the driveway and then climbs back up the trees actually going from tree to tree.


The Tatra Mountains are a range of mountains that form a natural border between Slovakia and Poland. They are the highest mountain range in the Carpathian Mountains. In the summer of 2009, a rock climber named Piotr Kowalski captured an unexplained humanoid creature in the Tatra Mountains. Piotr is quoted as saying, "I saw the huge ape-like form hiding behind the rocks. When I saw it, it was like being struck with a thunderbolt." The footage is shocking and confirms a Sasquatch on multiple levels.
By Ken Hulsey at May 28, 2011