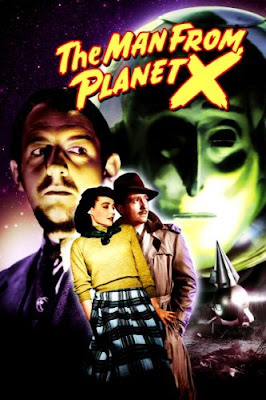 Without much (if any) fanfare, 2011 marked 60 years since The Man From Planet X was released.

The movie was directed by Edgar G. Ulmer (who directed the Karloff/Lugosi classic The Black Cat) at the old Hal Roach Studios in Culver City, California. The principal players were Robert Clarke, Margaret Field and William Schallert. 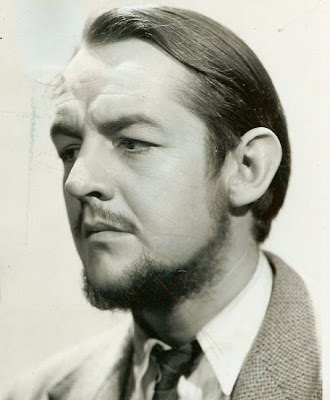 The story involves an alien scout from the dying Planet X who lands in a Scottish moor. He was sent there to set up a wireless relay station in advance of an invasion from Planet X.

Below, William Schallert has a reunion with his "The Man From Planet X" co-star at the 2010 Monsterpalooza. Photo by Armand Vaquer. 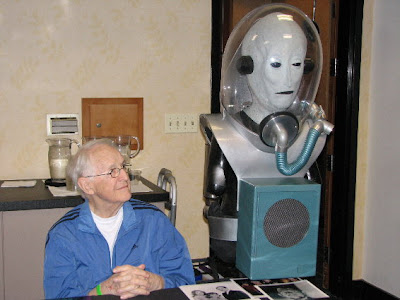 The Man From Planet X is an effective little movie, considering its budget reportedly was $50,000.
By Armand Vaquer at December 28, 2011

Email ThisBlogThis!Share to TwitterShare to FacebookShare to Pinterest
Labels: The Man From Planet X, William Schallert