"50 Reasons Why Tokyo Is The Greatest City In The World" 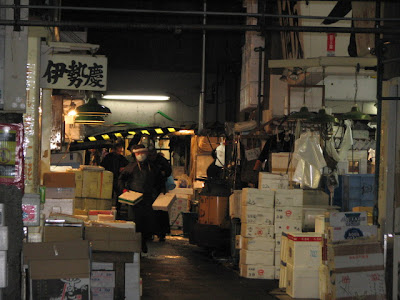 Above, the Tsukiji Fish Market. Photo by Armand Vaquer.

Along with the Wako Department Store in Ginza, the National Diet Building, the Yurakucho Mullion complex and other kaiju-related sites featured in The Monster Movie Fan's Guide To Japan, Tokyo has other things for travelers to see and do.

CNN Go.com has a list of "50 Reasons Why Tokyo Is The Greatest City In The World."

Included on the list are the railways, Tokyo Sky Tree, Shibuya Crossing (featured in Godzilla and Gamera movies), Imperial Palace, Yodobashi Akiba (and other Akihabara electronics stores), Tsukiji Fish Market, Mandarake Complex, manga-kissa (or "comics café") and many others. 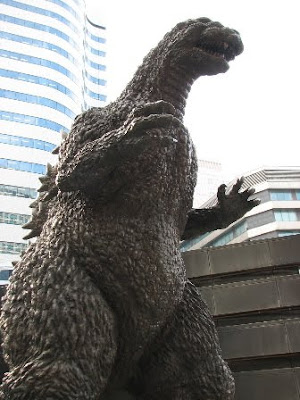 34. Behold the least impressive statue of a giant monster

Standing in the shadow of the film company that unleashed Godzilla on the world, this bronze effigy of the giant creature in Hibiya park towers a whopping ... half-meter high. We suppose a life-sized 70-meter version would have been prohibitive, but half a meter? At least the pedestal raises it above eye level.

At least there's the man-sized Godzilla statue at Toho Studios to savor if the one in Hibiya doesn't impress.