Fears of A Mount Fuji Eruption Rises In Japan 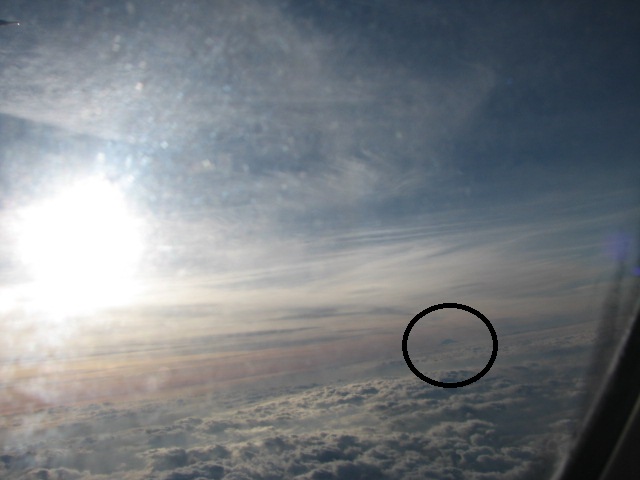 Above, Mount Fuji peeks above the cloud cover.  Photo by Armand Vaquer.

It was the site where King Kong and Godzilla began their epic battle.  It was also the location where all of Earth's monsters battled the space monster King Ghidorah.  (These are covered on page 37 of The Monster Movie Fan's Guide To Japan.)

The biggest symbol of Japan is Mount Fuji and hundreds of people scale its slopes to view spectacular sunrises annually.

All that may change if Japan's worse fears about Mount Fuji come to pass: an eruption.  Mount Fuji last erupted in December 1707.

The Japan Times posted an article on fears that the 3/11/11 earthquake may re-awaken the sleeping peak:

The Great East Japan Earthquake and Fukushima nuclear crisis were unparalled disasters, but people in and around Shizuoka Prefecture fear the ultimate catastrophe — the eruption of Mount Fuji — may be looming.

"If Mount Fuji were to erupt, the consequences will be felt in the Kanto region and beyond," Hideo Ogawa, head of Shizuoka Prefecture's disaster management department, said during a meeting held by the Cabinet Office in June on the possibility of such calamity. "This is an issue that requires surrounding prefectures to collaborate and take prompt measures."

The meeting, attended by approximately 60 organizations, including government bodies as well as officials from Shizuoka, Kanagawa and Yamanashi prefectures, concluded that studies on possible evacuation routes in the surrounding area should start in January.

Measures to evacuate residents as well as tourists out of the region should also be prepared, they said, with an eye at holding a large-scale evacuation drill in 2014.