Dummy nothin'. It was smart enough to scare me. 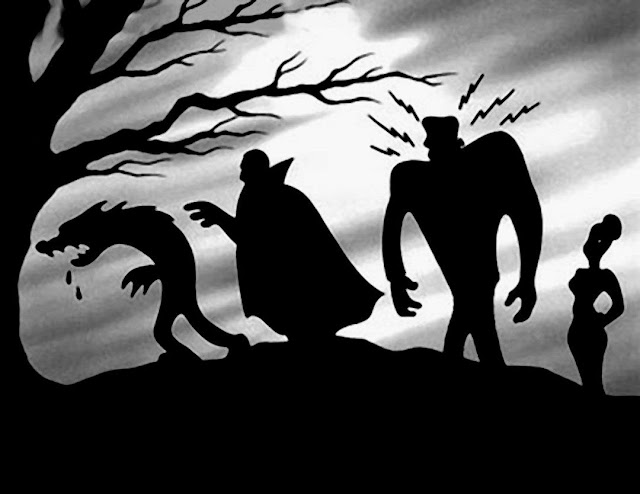 Even though actors Bela Lugosi, Lon Chaney Jr. and Glenn Strange all reprise their roles from earlier films 'Bud Abbott Lou Costello Meet Frankenstein' (1948) is not considered to be part of the continued storyline set forth previously. The reason why is so that no explanation would be needed to explain, for example, why Larry Talbot is still a werewolf after being cured in 'House of Dracula.'

Glenn Strange was playing the Frankenstein monster, but during shooting one day he tripped over a camera cable and broke his ankle. Lon Chaney Jr. (playing the Wolf Man) wasn't working that day, so he put on the Frankenstein makeup/outfit and filled in for Strange in one scene where Dr. Mornay gets thrown through the window. So Chaney wound up playing two monsters in this movie.

Boris Karloff was never approached to play the monster, but as a favor to Universal, he agreed to do publicity work for this film as long as he didn't have to see the film. In several photos taken by Universal's publicity department, he is seen standing in line purchasing a ticket at a theater in New York City where the film is playing, and in other stills, he is shown admiring the poster art for the film outside the theater lobby. Karloff later starred with Abbott & Costello in 'Abbott and Costello Meet the Killer, Boris Karloff' as well as 'Abbott and Costello Meet Dr. Jekyll and Mr. Hyde.'

Although he would play similar vampires in other films since Dracula, this would be only the second, and last, time that Bela Lugosi would play Dracula. In fact it was Bela Lugosi's last involvement in a film for a major studio.

This was the final Universal film to feature Frankenstein's Monster, Dracula and the Wolfman, until Van Helsing. - IMDB