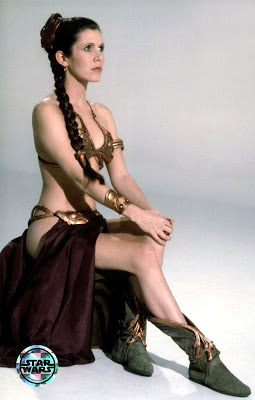 Carrie Fisher has confirmed that she will reprise the role of Princess Leia in Disney’s upcoming Star Wars films.

Asked point blank in a recent interview whether she will appear in the new films as Leia, Fisher said: “Yes.”

The 56-year-old actress joked that the returning Princess Leia will be “elderly” and said: “I just think she would be just like she was before, only slower and less inclined to be up for the big battle.”

“The bagel buns and the bikini, because probably [Leia] has sundowners syndrome,” Fisher said. “At sundown, she thinks that she’s 20-something. And she puts it on and gets institutionalized.”