Trekkies Rejoice The Holodeck May Become A Reality In Your Lifetime! 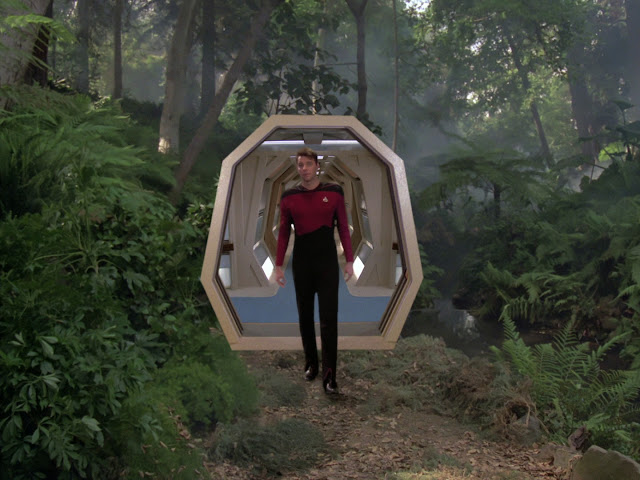 Kif - "The holo-shed's on the fritz again! The characters turned real!"
Zap Brannigan -  "Damn! The last time that happened, I got slapped with three paternity suits!"

A Star Trek-like holodeck might be as little as 10 to 15 years away, according to a report by Elizabeth Howell for Universe Today. As all true Trekkies already know, the holodeck is what the official Star Trek fan site describes as a “smart virtual reality” that allows users to feel as if they’re immersed in an actual world.

Star Trek characters can program the illusion of being on vacation at the beach or they can step into the action of a suspense novel. They can also play games or simulate battles for training purposes. (Sorry, President Obama, but even the holodeck probably doesn’t allow anyone to perform a “Jedi mind meld.”)

(More After The Break}

It sounds great, but the Star Trek franchise predicted that the holodeck technology won’t be mature until around the 2360s.

Now Phil Rogers, a 3D development expert for AMD, a micro processor manufacturer, has told Universe Today that the technology could come much sooner — maybe even as soon as the next decade. And they don’t plan to do it alone. AMD wants to target the open source community, so they plan to leave some of the architecture open to amateur programmers. “It would be the equivalent of letting somebody with C++ or Java experience into the hardware,” Howell suggested.