Five Myths About The ‘Frankenstein’ Monster 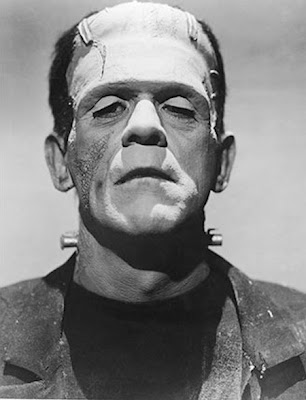 Conceived during the summer of 1816, Mary Shelley’s “Frankenstein” is lauded as one of the earliest examples of science-fiction literature. Telling the story of the talented but misguided Dr. Victor Frankenstein and the hideous monster he creates, Shelley’s novel is recognized as one of the most engaging horror stories ever written. The creation myth within the book has served as inspiration for modern films, graphic novels, songs and even horror-themed episodes of numerous television shows.

But with creative license also comes the blurring of fact and fiction about the book’s iconic creature, known simply as the monster. From his green complexion to his lack of intelligence, we’ve gathered five untrue myths below about the Frankenstein monster.

1. His Name Is “Frankenstein”

Although many mistakenly believe the monster’s name to be Frankenstein, he is actually never referred to by any name in the book. Dr. Frankenstein does call him other hateful names such as “devil” and “fiend,” according to Chris Baldick, who wrote “In Frankenstein's Shadow: Myth, Monstrosity, and Nineteenth-Century Writing.”