Look Behind You! For There You'll Behold Proof Of The Peril! 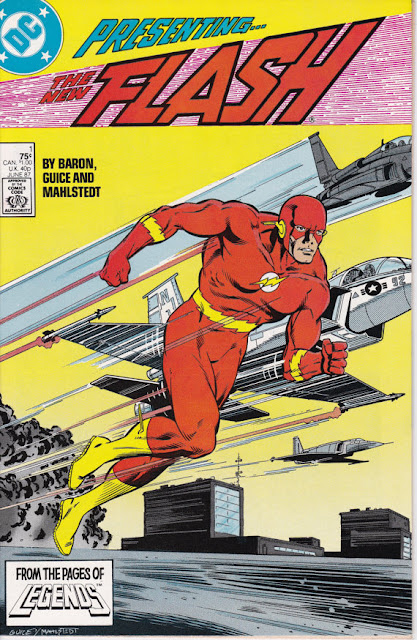 Wally's Titans friends throw a surprise party for his twentieth birthday. During the party, he gets an emergency call from the hospital. He is needed to deliver a heart for a transplant patient, writer Eugenie Hedstrom, from New York to Seattle. He convinces the doctors to give him health insurance in return for his help.

While passing through Wyoming, he witnesses Vandal Savage throttle a private investigator to death.

After delivering the heart and speaking with Hedstrom, Wally flies back to New York. The Third World Liberation Army attempts to hijack the flight, but Wally stops them, spraining his wrist in the process. Upon returning to his apartment, he discovers that a lottery ticket he had purchased before the party just made him a millionaire. Then he notices a present he had not seen before. Opening it, he discovers a human heart. Vandal Savage is in his apartment. 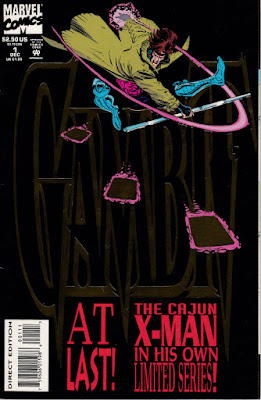 Tithing, script by Howard Mackie, pencils by Lee Weeks, inks by Klaus Janson; Henri LeBeau sneaks into X-Mansion and tells his young step-brother, Gambit, that the time of the tithing has come and he is needed in New Orleans as the Assassins Guild is trying to break the old pacts; As they are speaking, Henri is cut down by an assassins arrow; Gambit gives chase and discovers that the killer is Julien, the "dead" brother of his wife; Learning that Bella Donna is also alive (she was "killed" in X-Men (Marvel, 1991 series) #8) Gambit and Rogue prepare to leave for New Orleans. 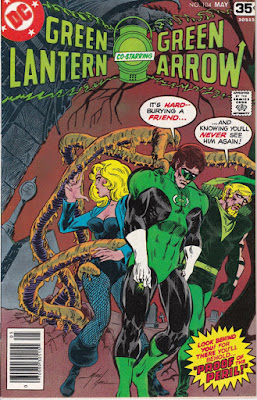 Green Lantern believes Itty to be dead and buries him, just before a scientist’s runaway experiment causes chaos. 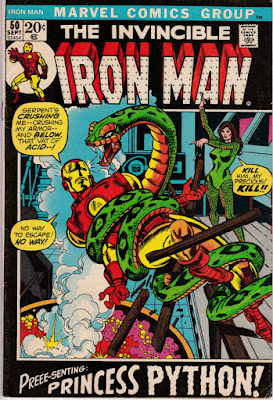 Iron Man removes his armor and plugs himself into a nearby wall socket, saving his life. Jarvis arrives and wonders if Tony is Iron Man, but Tony quickly covers up the incident. Soon after Tony departs, Princess Python springs her pet python on Jarvis, forcing him to tell her where Stark has gone. As Iron Man flies over the city, Marianne has another vision of the Cyborg menacing him. Elsewhere, the Super-Adaptoid sets out for revenge, but while flying it suddenly loses its powers and falls to the ground. In the micro-world of Bast, the cousins Tyrr and Jarr are controlling the Adaptoid in the hope of saving their war-riddled world. Tony Stark appears on television for an interview when suddenly Princess Python takes him prisoner with her python, demanding one million dollars and a plane to South America. Tony escapes and becomes Iron Man. He pursues Princes Python to Stark Industries where their battle leads to a catwalk over a vat of acid; Iron Man hurls the python into the vat, killing it. Distraught, Princess Python tries to follow her pet, but Iron Man saves her. In Bast, Tyrr and Jarr transform the Super-Adaptoid into a new being - the Cyborg that Marianne has seen in her visions. 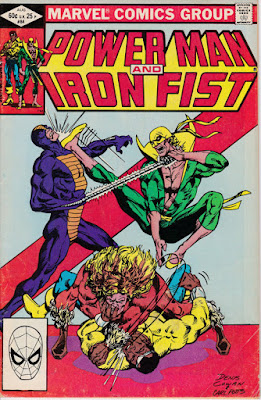 Sabretooth and Constrictor are back in town, and Sabretooth is out for revenge against Misty Knight for the injuries he sustained in battle against her (he was the mysterious Slasher from issue #78.) Accompanied by the Constrictor, Sabretooth tracks Misty's scent to the apartment she shares with Harmony Young.

Inside Misty, Colleen Wing, Bob Diamond, and Iron Fist are about to go out for the night. Power Man drops Harmony off at home for the night and declines an offer to the join the others. Once everyone else leaves Harmony by her lonesome, Sabretooth (mistaking Harmony for Misty) attacks. When Iron Fist and the others hear the commotion; they then doubled back to try and rescue Misty, but they then find themselves blocked by the Constrictor. 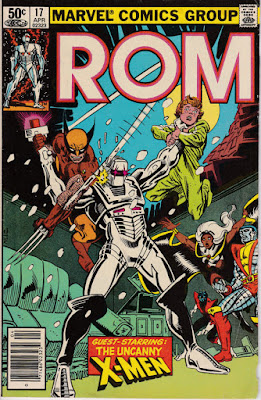 The X-Men are sent by Professor Xavier to find a mutant detected by Cerebro. Dr. John Stennis arrives at the farm of Jacob and Marjorie Marks to find all the livestock dead. Entering the house he finds Marjorie who has been aged to the point of death. Elsewhere Silas Lane arrives at the Clark residence and is terrified to find the ‘killer robot’ sitting in their living room. After the situation is explained, he pulls the birth records and they compare the lists. It is realized the Jacob Marks also is listed as having the same birthday as the banished Wraiths. Rom is concerned that a Wraith may have married a human woman and sired a child. Rom, Brandy, and Steve head to the Marks farm where they find Jacob & Marjorie outside. Jacob openly declares himself a Dire Wraith and relates how he came to be on Earth and what has happened so far. Rom enters the house and confronts the child, Jimmy Marks who is revealed as Hybrid. Jacob attempts to slay the abomination but is himself slain. Rom attempts to banish Hybrid, but his unique DNA does not allow it. Rom is about to use the highest setting of his Neutralizer on Hybrid when the X-men arrive. Jimmy has reverted to his child form and the X-men believe Rom to be the danger.