The Flash: Children Of Future Past 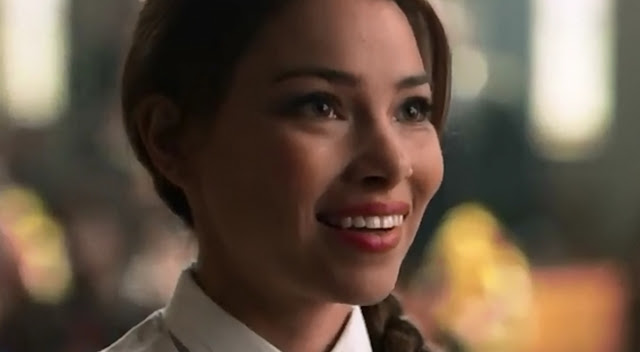 Well, that mysterious, chatty girl from Barry (Grant Gustin) and Iris' (Candice Patton) wedding made another appearance on The Flash, and now there's an even crazier twist — she can write in the Speed Force code Barry was scribbling in the Season 4 premiere.

Obviously we don't know much about this girl other than that she's a sweetheart, a nervous talker, wicked smart and tied to the Speed Force somehow, but all evidence seems to be pointing in a pretty obvious direction — one that we've pointed out before. If she's not the future daughter of Barry Allen and Iris West-Allen, then this has officially been the meanest fake-out The Flash has ever pulled.

Not only does she look eerily like Iris, she's also got all of Barry's nervous ticks. Not to mention, she seemed to recognize Cisco (Carlos Valdes) and Ralph (Hartley Sawyer) in Jitters. At least, we assume she recognized them thanks to her super unsubtle "total strangers" comment.

The real question is, if she is Dawn Allen (thank you source material), what the heck is she doing in the past?