My friend, can your heart stand the shocking facts about bacteria from outer space? 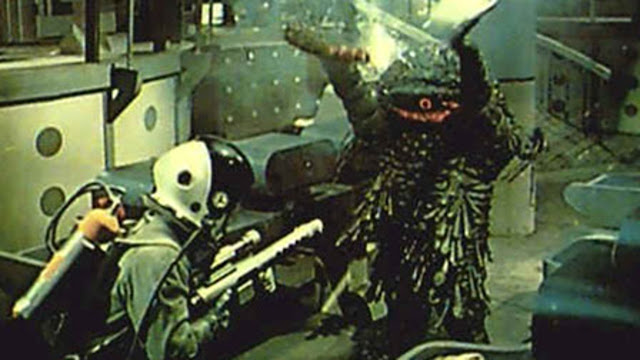 It seems that Soviet scientists have had swabs full of alien goo for some time now. They just plum forgot about it.

Here is the story from our friends over at BGR News:

Science fiction has taught us to expect our first contact with alien life to be a momentous event, with radio signals from another civilization filling our airwaves and perhaps even the arrival of an alien spaceship or two. Reality is somewhat less exciting, and scientists have long expected our first discovery of extraterrestrial life to be on the microscopic scale. Now, the Russian space agency claims they may have stumbled upon just that, and it may have been hiding under our noses the entire time.

Russian cosmonauts have reportedly discovered tiny bacteria on a swab collected from outside the International Space Station, and they’re confident that the organisms didn’t originate on our planet. If the discovery can be confirmed, it would be the very first concrete evidence of extraterrestrial life. That’s a pretty big deal.

The swabs, which were collected years ago but seemingly overlooked, contained living bacteria which may have come from outer space. “Somehow these swabs reveal bacteria that were absent during the launch of the ISS module,” Russian cosmonaut Anton Shkaplerov explains. “That is, they have come from outer space and settled along the external surface. They are being studied so far and it seems that they pose no danger.”

Along with the purported alien bacteria, other bacteria thought to have originated on Earth was also found on the swabs. Surviving in the vacuum of space is no easy feat, and intense temperature fluctuations failed to kill the bacteria over the course of three years, which is mighty impressive. It’s unclear exactly how the researchers were able to differentiate between terrestrial bacteria and the alien bacteria that appeared within the same samples.

The bacteria was brought back to Earth on the swabs and is now being studied, though the Russian space agency says it shouldn’t be considered dangerous. The group apparently didn’t actually know the bacteria was present on the swab samples until it was returned to Earth for closer examination.

There will surely be plenty of scientific interest and certainly debate over where the bacteria originated, but if you’ve seen sci-fi movies you already know that the bacteria will become sentient and lead to the total destruction of the Earth within a few weeks anyway, so get your affairs in order.

I have to agree with the author here. In just about about every Sci-Fi film I've ever seen once this kinda stuff gets exposed to oxygen it comes to life and mutates into some sort of critter.

In the 1968 movie 'Green Slime' a group of astronauts stepped in some sort of bacteria while exploring an asteroid. They returned to their space station only to have the stuff mutate into a bunch of one-eyed things with tentacles that looked like dill pickles. You couldn't kill the things because they lived on energy and simply spawned new ones every time their blood (fluids?) was spilled from trying to shoot them.

I think that the exact same kind of scenario is likely to play out here.

My friends, can your hearts stand the shocking facts about one-eyed pickle monsters from outer space?