Things That Go Bump In The Night La Llorona 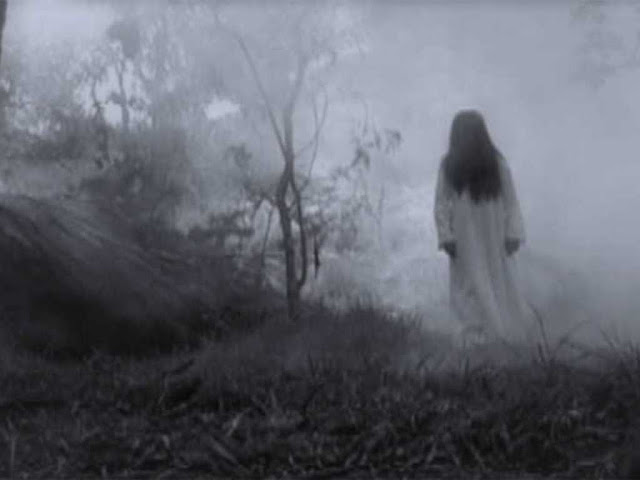 The tale of La Llorona is a Mexican folk story about a woman trapped between this world and the afterlife, searching for what she has lost.

"Both a condemned woman and a Goddess bearing an ominous message." It is often said that one way to summon La Llorona (the weeping woman) is to light red candles and enclose yourself in a room whose walls are decorated with mirrors while repeating her name. Others say she is likely to make herself present around disobedient children, and still others have reported sightings of her estranged silhouette endlessly navigating Mexican lakes and rivers, wailing "Ay, mis hijos!" or 'Oh, my children!"

A prominent figure in folkloric horror, the main character of the La Llorona legend is doomed to an eternity of searching different bodies of water for her children, who met a tragic end with a watery grave. The tale of La Llorona begins with a woman named Maria, blessed with natural beauty, who is determined to marry only the most handsome man she meets, shunning any man she sees as unable to match her aesthetically. The different versions of the narrative then vary here, but the most widely propagated states that Maria wooed her potential suitor by appearing aloof and difficult to win over, yet once the couple eventually married and had two children together, the young man's thoughts began to stray, dreaming of his previously wild lifestyle on the prairies. In some versions, the ranchero is unfaithful to Maria, and in others, she merely resents his emotional indifference in comparison to the attention he continues to bestow upon their children.

Her children drown, and many versions of the tale suggest their death was deliberate and at her own hands, prior to drowning herself. When she is refused entry to heaven without them, she is forced to search the waters for their remains for the afterlife. In the Colonial Mexican version, Maria gives birth to the children of a white Spaniard above her class and murders her offspring as an immediate reaction to his refusal to make her his wife. Naturally, the La Llorona story has been exploited and represented in popular culture and Mexican film throughout the 20th and 21st centuries; the 1960s saw the release of La Llorona, a Mexican film directed by Rene Cardona, which narrates the experiences of a family haunted by the weeping woman's evil spirit. More recently, in 2013, Universal Studios theme park in Orlando, Florida ran with the theme of La Llorona for one of several "scare zones" used in the annual Halloween Horror nights, with mazes, films, and chilling entertainment centered around the Mexican legend.

The attraction involved guests entering an abandoned Mexican chapel and attending a funeral for her victims, with creative directors at the park looking to "transport guests into her mysterious realm." It is evident then that La Llorona is more than a horror story; on some level, Maria's emotional torment endows her character with a level of vulnerability rarely seen in chilling legends. Beneath the narrative lies an ambiguous message explaining the legend's persistence in popular culture; Maria's fate depicts the inevitably disastrous conclusion to shallow priorities and an inflated sense of self. Other critics have noted the legend's presentation of machismo with its focus on female responsibility and male absence.

La Llorona also touches upon issues of motherhood, the feminine condition, and the more universal notion of a life after death reflective of the choices made while on Earth. In contemporary society, the folklore still has some didactic relevance, not to mention that it remains the perfect story for parents to convince their children to come inside so they'll be safe after dark.