Journey To The Center Of The Earth - Storytelling In Digital 3D 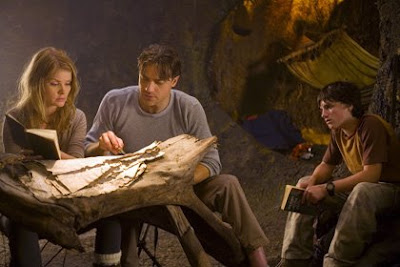 What puts "Journey to the Center of the Earth" on a new cinematic plateau for feature-length narrative films is the process in which it was photographed. During the initial phases of development, the decision to shoot "Journey to the Center of the Earth" entirely in high definition 3D was based on the filmmakers' desire to give audiences the most compelling visual experience, at once taking a classic tale to a new level and staying true to the heart and soul of the source material.

"The environments detailed in Jules Verne's novel lend themselves to an inherently immersive experience," says Huggins. "Shooting this film in 3D was a perfect match for bringing the wonder and adventure to life." 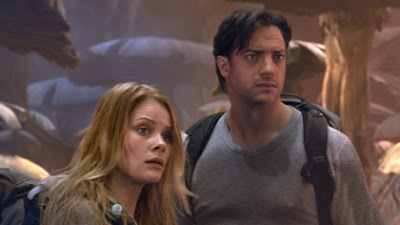 "Having a long history of working on 3D films for theme parks and an even longer history in the visual effects world, I felt very comfortable shooting this film completely in 3D," says Brevig. "At the same time, I was careful to avoid overusing 3D effects because effects that come across as too gimmicky can take you out of the story."

"Journey to the Center of the Earth" was the first narrative motion picture to use the Fusion System, a state-of-the-art camera rig developed by award-winning filmmaker James Cameron and cinematographer Vince Pace. Unlike many specialty format camera setups, the Fusion is lightweight and portable, and features dual ultra high-resolution 3D video cameras mounted side-by-side to simulate the viewer's right and left eyes. Its compact size, mobility and adjustability offer unprecedented freedom, control and flexibility for the filmmakers.

"In the past, 3D cameras were so bulky and heavy that freedom of camera movement was very limited and this decreased the director's options in staging a dynamic scene," says Brevig. "The Fusion camera rigs are so well designed and so small that we can move the camera like a 2D camera. This advancement is enormous. We were able to shoot handheld and underwater, as well as mount the rig on steadicam and for aerial photography." 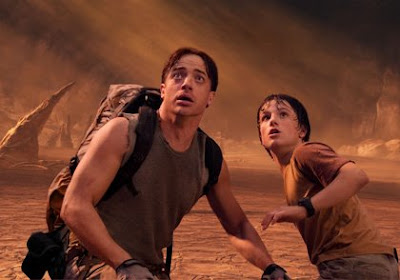 Director of photography Chuck Schuman adds, "The idea behind the 'Fusion' setup is to imitate the human vision system. This gives the audience a new relationship to what they're seeing in the theatre, so what you see on screen is exactly what you would see if you were actually there."

Another new development was the use of something called "active convergence," in which the filmmakers were able to change the focal point in 3D. "Much like a traditional filmmaker changes focus, we put the point of convergence where the action is," explains Brevig, "so that as people are watching and experiencing the 3D movie, it makes it much easier to watch." 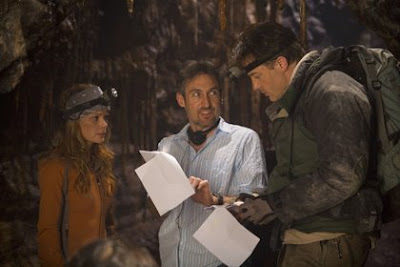 "By selectively changing the lenses' angles we can adjust the apparent screen depth during a shot to follow the action," elaborates Schuman. "For scenes in which the camera needed to be placed closer to the actors than the Fusion's side-by-side setup would allow, we used Pace's compact 'Beam Splitter' camera rig that allowed for closer spacing between the lenses. To the audience, this means less eye-crossing and more comfortable viewing."
Christopher Townsend adds that shooting "Journey to the Center of the Earth" in digital high definition gave the filmmakers greater latitude to create striking imagery, coming closer to replicating human vision than any previous 3D film. "We have a much greater depth of field in a high definition image than we traditionally would have in a film image, so you're getting many more things in focus in terms of the distance between the camera and subject. In film, if you've got an actor who's lying on a rock reaching his hand out to the camera, you can either have his fingers in focus or you can have his eyes in focus. But you can't have them both in focus. With high-def 3D video, because of the greater depth of field, you can now have both in focus. So the effect looks hyper-real." 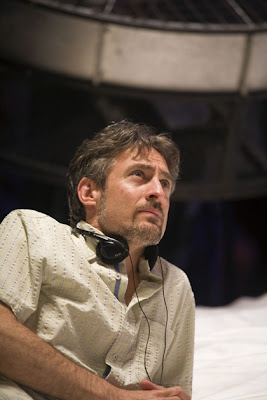 "When you have an adventure of this scope, capturing the images with cutting-edge digital technology simply gives the audience a more visceral experience," says Huggins.
"Our number-one goal with this film is to entertain," remarks Flynn. "This state-of-the-art cinematic approach now allows us to revisit Verne's material, which has stood the test of time, in a whole new way."
"Without doubt, new technology adds tremendous value to the filmmaking and theatre-going experience," offers Brevig. "At the end of the day, the biggest reward for me was getting the chance to work with such an amazing team of dedicated professionals to do something we've never done before.
"Our goal was to fully immerse the audience in the adventure, so you actually forget you're watching a movie and believe that you are right there at the center of the Earth with Trevor, Hannah and Sean." The director concludes, "Whether you see 'Journey to the Center of the Earth' in 3D or in conventional theatres, it will be an incredibly fun adventure, a nonstop ride."
By Ken Hulsey at June 19, 2008

Email ThisBlogThis!Share to TwitterShare to FacebookShare to Pinterest
Labels: Action, Journey to the Center of the Earth, Movie, Sci Fi, USA, Warner Bros