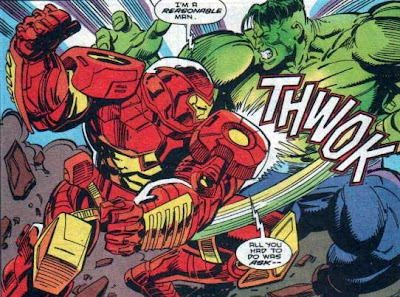 Remember last week when we were discussing a proposed Avengers movie? Well today we have a little clarity on the film and some big-time casting news.

According to WENN, actor Robert Downey Jr. has signed a new deal with Marvel Studios to reprise his role as Iron Man in The Avengers alongside other Marvel heroes Captain America, Thor and the Incredible Hulk At this time however it is not known whether The Hulk will be part of the team or the villain that they fight against.

Last week Marvel Comics president Kevin Feige had told MTV that an Avengers film, that featured The Hulk, was on his "wish-list", but at that time he stated that everything was up in the air. The signing of Robert Downey Jr. is sure-fire indication that things have gone into overdrive since that time.