Freema Agyeman Talks About Doctor Who, Torchwood And Her Latest Series Survivors 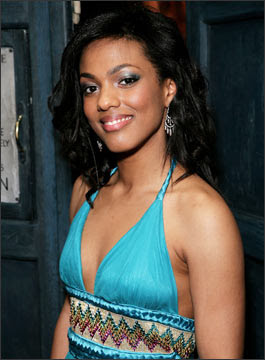 Freema Agyeman saw her fair share of apocalyptic scenarios as Martha Jones in Doctor Who, but none scared her as much as the one envisaged by Survivors.

She plays Jenny, a primary school teacher who battles to get her flatmate Patricia to hospital when the virus strikes.

In one key scene, she is the eyes of the audience.

"When Jenny sees what's happening at the hospital, that's when people watching realise that the whole situation is in a massive downward spiral," Freema explains.

"It all happens so quickly. Everyone is going about their day-to-day lives, then it's like a bomb going off. But Jenny's experience is the turning point in the first episode." 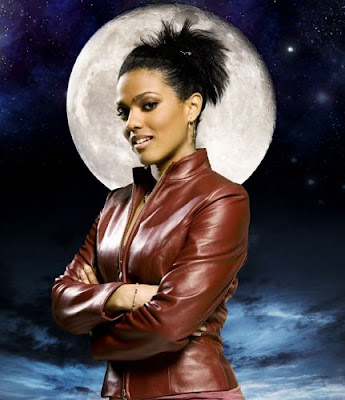 Having found fame in Doctor Who, and taken Martha into its successful spin-off Torchwood, it's tempting to see Survivors as another sci-fi string to Freema's bow.

"You could call Survivors sci-fi, but first and foremost it's a very powerful human drama," she argues. "It's very raw and it feels real.

"People will watch it and imagine how they might react in the same situation. Do we know ourselves well enough to know how we would handle it?

"There's a scene with Jenny and Anya [Zoë Tapper] where Jenny says that surely surviving the virus would be a good thing.

"But Anya looks at it from the other side and asks what it is that we all live for – our families, our friends and our lives the way we know them.

"If all of that is gone, where does that leave you? I'm such a family-oriented person that it's almost too hard to imagine how I would react. I think I can confidently say I wouldn't be one of the strong ones.

"Most people's instinct would be to band together with other survivors, but you could never be totally sure of their motives, so you could be putting yourself in jeopardy.

"The story is ultimately about hope and the triumph of the human spirit, but as the series develops you see the flipside of that, and not everyone does the right thing."

For Freema, doing the right thing after Survivors meant a complete change from confronting the end of civilisation, and she got her wish when she was cast in a new BBC adaptation of Charles Dickens's Little Dorrit.

"Sci-fi was becoming my comfort zone, having done so much of it in the last couple of years, so it was great to do something totally different," she says.

"I still feel like I'm in the early stages of my career, and it's now about gaining as much experience as possible by doing as many different things as I can.

"I owe a lot to Doctor Who. Before it, I was doing okay but then it came along and, I guess, turned me into a household name and took my career to a whole new level." 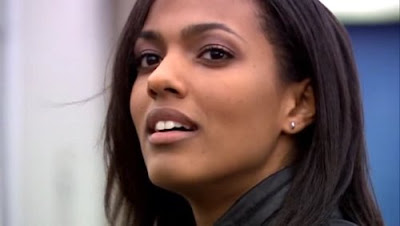 Before landing the role of Martha, Freema admits there were moments when she wondered whether or not to persevere with acting.

"I went through a stage where I don't think I'd auditioned for a year-and-a-half, and I started to think 'If this doesn't work out, what else could I do?'," she recalls.

"I never reached the point where I thought I'm going to have to pack it in, but I did start to wonder how long I should keep trying for.

"I never thought things would happen for me the way they did – one job coming along and changing everything so dramatically."

Perhaps Freema's biggest stroke of luck was landing a small role in one episode of Doctor Who, bringing her to the attention of executive producer Russell T Davies.

"I probably had six lines, but it's all about doing the best you possibly can with what you're given, and then you just do not know where it might lead.

"I always used to think that, but now I live by it. Whatever you're asked to do, do it to the best of your abilities. It was that small part which started this whole journey.

"I feel like I'm now getting opportunities I might not have had before, that the barriers are falling, and I completely feel that doing Doctor Who has put me in that situation," she says.

"My life has changed a lot in the last two years in ways I could never have imagined, and one of the things that does is hold a massive mirror in front of you.

"It can be difficult, but it's good. The characters in Survivors go through it in an extreme way – mine has been a gentler version! But ultimately that's what the series is about, being able to see our true selves."

See Also: A Devastating Virus Wipes Out Most Of The World Population In Survivors / Beautiful New Artwork For A Proposed Doctor Who Comic Series /
By Ken Hulsey - November 14, 2008