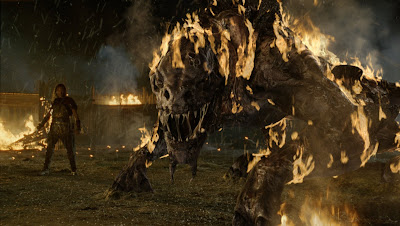 Written By: Ken Hulsey
Source: Avery Guerra
I know that a lot of you out there are pretty bummed out that the film "Outlander" isn't being shown in your town. I know that you think it is very unfair that a cool movie, that features both a giant monster and vikings isn't getting a big nation-wide release. I know, I feel your pain.
Well just don't sit there! Do something about it!
The makers of "Outlander" have posted an online poll over on their blog, where fans, like you, can let The Weinstein Company know just how much you want to see this movie.
The results of this poll will be sent directly to the powers that be at Weinstein. If enough fans take part, then it is possible that "Outlander" may get a wider release.
Go Here To Vote - Outlander Poll

Here are some more locations where "Outlander" will screen this weekend:

See Also: Looking For Some Viking vs Space Monster Action? Your Time Is Now! / Outlander - A Brand New Bad Ass Clip / The Movie Poster For Outlander Revealed / Outlander - What Could Be Cooler Than Vikings And An Alien Fighting A Giant Monster?