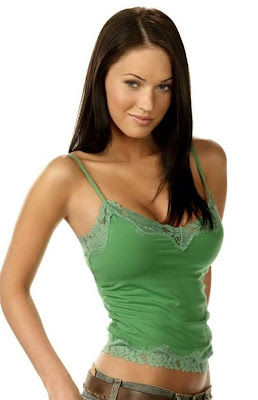 Reports have been circling like mad that "Transformers" star, Megan Fox, has stepped into Angelina Jolie's shoes playing Lara Croft in the next "Tomb Raider" movie. According to Fox, however, that simply isn't true.

One of Fox's representatives issued this very short, but blunt statement, "Megan is not involved in this movie."

I guess that you really don't have to be long-winded when saying, "NO!", do you.

Reportedly the follow-up to 2001's "Lara Croft: Tomb Raider" and 2003's "Lara Croft Tomb Raider: The Cradle of Life", is still going on as planned. Presently the film's producers are busy casting a new villain and a love interest for Croft.