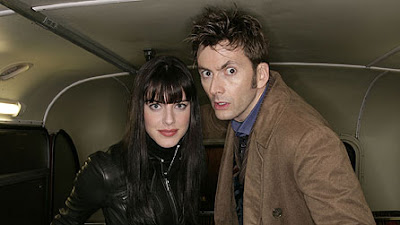 The BBC has confirmed that Michelle Ryan and Lee Evans will guest star in the forthcoming BBC One Doctor Who Easter special which began filming this week in Wales.

Michelle, best known for her roles as Zoe Slater in EastEnders, and Jaime Sommers in the recent remake of Bionic Woman, will play the mysterious Lady Christina de Souza in the special episode entitled Planet Of the Dead. Christina joins the Doctor on a bus trip which takes an unexpected detour into danger.

Michelle comments: "I'm a huge fan of Doctor Who and very excited to be joining David Tennant and the Doctor Who team. It is such a fantastic show and I can’t wait to get started!"

One of Britain’s best loved and biggest comedy stars, Lee Evans, will also be joining the cast playing a character called Malcolm, whose life becomes connected to the Doctor's under extraordinary circumstances.

Planet Of The Dead is the first of four Doctor Who specials which will air in 2009. 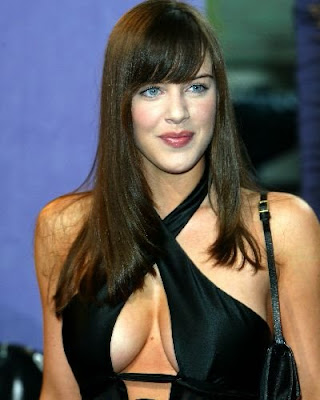 Michelle joins David Tennant, as he continues his role as The Doctor, and Noma Dumezweni who returns as Captain Erisa Magambo – last seen helping Rose and Donna save the world in Turn Left.

Executive Producer and writer Russell T Davies comments: "Michelle is one of the most sought after young actors in the country and we are delighted to announce that she will be joining the team.

"As always the script is being kept strictly under wraps, however we can reveal that Lady Christina is a woman with a mysterious past who's going to have a huge impact on the Doctor!"

Planet Of The Dead, written by Russell T Davies and Gareth Roberts, is currently in production and will be screened on BBC One in Spring 2009.

The producer is Tracie Simpson; Executive Producers are Julie Gardner and Russell T Davies. Doctor Who is produced by BBC Wales and is filmed in Cardiff.

See Also: And The Eleventh Doctor Is.......Matt Smith / And The Eleventh Doctor Is........Wait For It! / Tannant Would Like To See The Doctor Sing And Dance / Doctor Who - The Next Doctor / Robert Carlyle Has A Date With A Stargate Not A Tardis / Robert Pattinson Has Possessed All The Teen Girls And Now He Wants To Be The Doctor / Freema Agyeman Talks About Doctor Who, Torchwood And Her Latest Series Survivors / 400 Fans Go Behind The Scenes Of Doctor Who And Torchwood / Beautiful New Artwork For A Proposed Doctor Who Comic Series / David Tennant Not Ruling Out Any Future Who Appearances / David Tennant Officially Announces That He Is Leaving Doctor Who / Actor Profile - David Tennant / A Special Preview Of The Doctor Who Christmas Special For Children In Need / Prince Charles Snubbed The Doctor / Fans Are Given A Rare Chance To Visit The Sets Of Doctor Who, Torchwood, And Sarah Jane / Russell T Davies Chimes In On Who Should Be Doctor Who / Billie Piper Still Undecided About Return To Doctor Who /Torchwood: Children Of Earth Begins Filming / Doctor Who - Turn Left / The Odds Of James Nesbitt Being The Next Doctor...Don't Put Your Money On It! /Is Robert Carlyle Going To Be The Next Doctor? / Doctor Who Star Billie Piper Worried About Nude Scenes / Doctor Who - The Unicorn And The Wasp / Doctor Who - The Doctor's Daughter? /The BBC Announces Some Changes For Doctor Who's 5th Season /
By Ken Hulsey - January 23, 2009