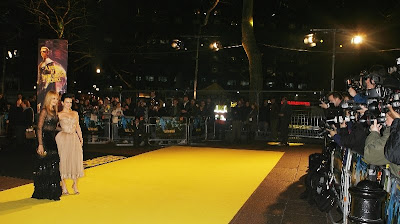 Malin Akerman and Carla Gugino pose for the mass of photographers located just off the symbolic 'yellow carpet'. (Above)

Most fans never get a chance to go to a 'world premiere' for a movie. I'm lucky, I was invited to one once. So I thought it would be cool to feature some photos from the premiere of "Watchmen" which took place Monday night in London. 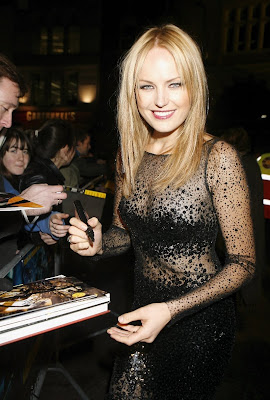 Malin Akerman (Laurie Jupiter/Silk Spectre II) arrives at the Watchmen, World Premiere at the Odeon, Leicester Square on February 23,2009 in London, England. Most of the actors took the time to sign a few autographs before entering the theater. 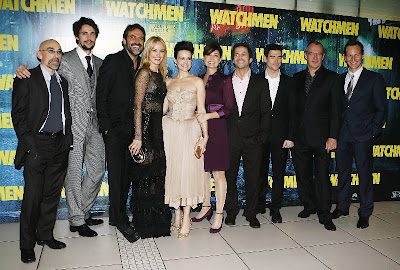 The entire cast came together to pose outside the Watchmen, World Premiere 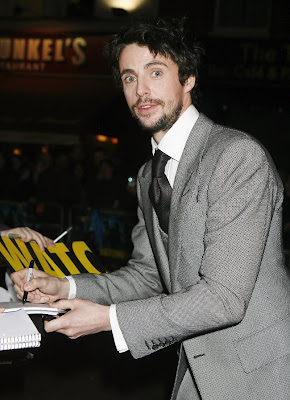 Matthew Goode (Adrian Veidt/Ozymandias) looks surprised as he signs some autographs after arriving. 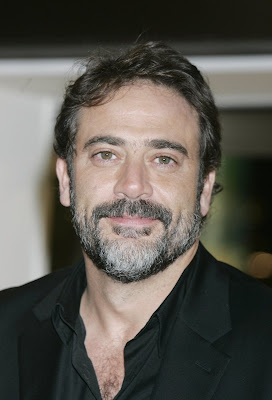 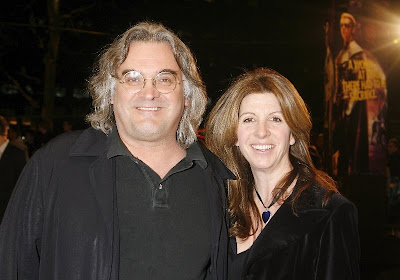 Paul Greengrass, who was originally was slated to direct the film, arrives with his wife. 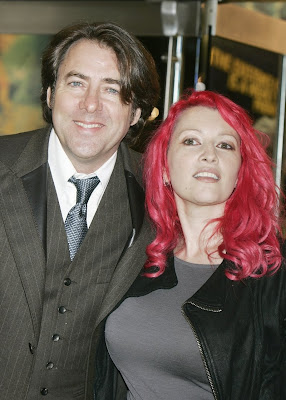 Jonathan Ross and his wife Jane. Hopefully he will give the film a favorable review. 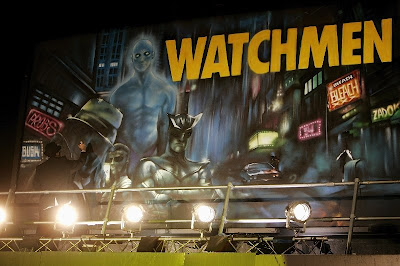 One of the many Watchmen banners at the Odeon, Leicester Square 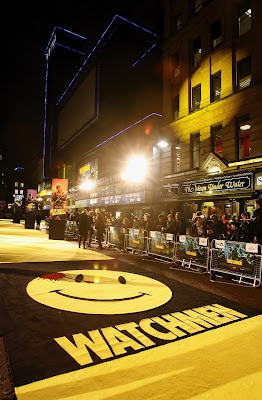 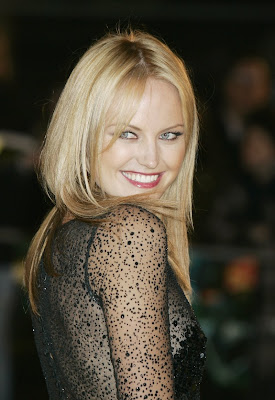