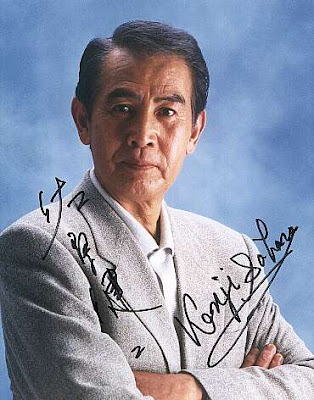 G-FEST XVI is a little over a month away. If you haven't registered or made your room reservations at the special G-FEST rate, now's the time to get a-crackin'!

North American Godzilla fans will be gathering July 3-5, 2008 at the Crowne Plaza O'Hare International in Rosemont, IL for G-FEST XVI. The special guests for G-FEST XV are Kenji Sahara, who has appeared in more Godzilla films than any other actor, including the classics: King Kong vs. Godzilla, Mothra vs. Godzilla, and Destroy All Monsters; and Robert Scott Field, who appeared in Godzilla vs. King Ghidorah as android M-11.

G-FEST XVI will feature panel discussions with Kenji Sahara and Robert Scott Field along with fan movie historians. August Ragone, "the living encyclopedia of kaiju", plans to be on hand at the convention. There will also be a giant dealers room, video game contests, video contests, art contest, modeling contest, costume contest & parade, special programming for young fans and more.

Movie screenings will be held at the Pickwick Theater in Park Ridge, Illinois. The movies to be shown will be announced shortly.