Researcher Hopes Flooding Will Flush Out The Yowie 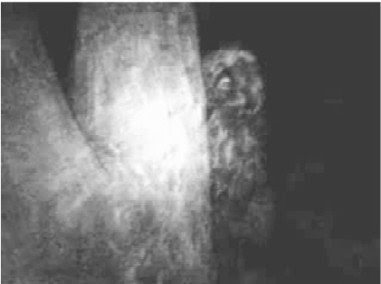 Just about everyone has heard about America's Bigfoot, Canada's Sasquatch, Russia's Alma and Nepal's Yeti, but these aren't the only upright walking harry cryptids out there. Australia has one of their own, called the Yowie, and the man who has devoted his life to tracking it believes strong evidence to prove it's existence may be close at hand.

Tim the "Yowie Man" has set up camp in the village of Springbrook, Queensland (Eastern Australia) in hopes that the recent torrential rains and flooding in the area will flush out the elusive creature.

“Historical records indicate that there is a direct correlation between significant rain events in this part of Queensland and the sightings of Australia’s fabled Yowie,” the researcher explains.

He also adds “Rain to the extent experienced up here in the last week would make a large hairy bipedal hominid creature very uncomfortable and potentially force it into areas it might not otherwise frequent. The soaked soil and muddy bogs created by the heavy rain is more conducive to animals, including Yowies, leaving their footprints.”

Indeed the creature has been seen more frequently as of late. This past April two vacationing backpackers from Germany and France spotted a Yowie in Katoomba, New South Wales. The two young ladies were approached by a very large harry animal that was making a lot of noise. When they used a flashlight to locate it in the dark, it ran off.

"Admittedly we did not get a close look but we think what we saw looked like the American Bigfoot, basically covered in fur and about two meters tall. It definitely had no clothes on and was not human.” Reported Ingrid Schoen from Germany. “We were petrified and almost lost our way back in our nervous state” she continued.

The recent heavy rains have already forced several animals out of the woods and into populated areas. In fact the town of Bowen was recently over-run by giant Eastern Taratulas fleeing the rising water.

The above image is one of the best photographs of the Yowie, taken in 2006. If you ask me, the creature doesn't as much look like a Bigfoot as it does Bugs Bunny's nemesis Gossamer or Godzilla's foe Hedorah (The Smog Monster), but whatever it is, it looks big, harry and mysterious.

Will the rain bring out the elusive monster? The Yowie man is optamistic "If I’m really lucky I may even get to see one.”

See Also: Giant Spiders Invade An Australian Town...No...Really! / Russian Yetis Cutting Into Siberian Food Supply / Bigfoot Southern Fried - The Monster Of Gum Hill Caught On Tape! / Bigfoot Discovered In Windows 7 Wallpaper? / A Close Encounter With Bigfoot - Highway 180 - Arizona / Soviet Scientists Still On The Trail Of Bigfoot / New Photos From Shawn Hunt's Bigfoot Horror The Shrieking / The Legend Of Boggy Creek (1972) / Has A Good Bigfoot DNA Sample Finally Been Found? / A Team Lead By A Russian Priest Search For Bigfoot In Siberia / Allyson Mitchell Believes The True Symbol Of Female Brains And Sexuality Is.....Sasquatch? / Does The RCMP Have A Bigfoot On Ice? / Sci Fi Orders Another Season Of Destination Truth / If Your looking For Ghosts Go To The Aokigahara Forest In Japan / Cryptozoological Figure Set / Southeastern Ohio Society For Bigfoot Investigation Holds Meatings To Discuss Sightings / Are Russian Female Bigfoot Looking For Human Mates? / Bigfoot Stalking Mormons In Houston / Nasa Photo Shows Human-like Figure On Mars / Another Knucklehead Comes Forward To Claim That He Created Pattersons Bigfoot / Recent Reports Lead To The Possibility Of A Large Bigfoot Population Near Houston BC
By Ken Hulsey at May 26, 2009