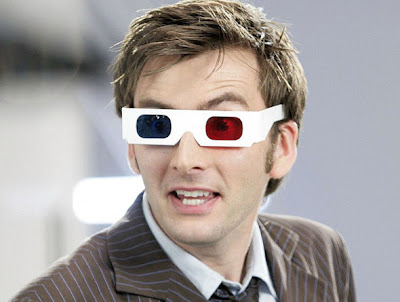 In the latest 'postcard', to be heard in the Radio Wales Jamie Owen and Louise Elliott show today (Friday 7 August, from 9.00am), David relives his "Robbie Williams" experience of being mobbed at a fantasy convention, and tells how his agent had her photo taken with several of his 10th Doctor lookalikes.

On Monday (August 10), in the same programme, David, who has been in San Diego taking part in the massive ComicCon convention with Russell, Julie and Doctor Who and Torchwood director Euros Lyn, will tell listeners how he fared at his first Hollywood audition.

The Jamie and Louise show, which receives regular updates from Russell and Julie in Los Angeles, can be heard live outside Wales on the BBC iPlayer and through bbc.co.uk/radiowales, or, if you miss the programme, the 'postcards' can be downloaded from the same website.