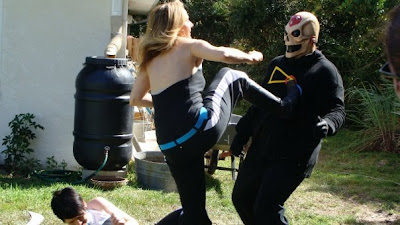 Way back in July I first reported that veteran cult movie directer, Ted V. Mikels, was in the process of making a third "Astro Zombies" movie. What was not known at the time, was that the film was also going to be a sequel to his 1973 movie, "Doll Squad" as well.

This past weekend, second unit director Gary Lester and his team began filming the first scenes for, "Astro-Zombies M3: Cloned", all around Volusia County, Florida. The production, almost quite literally, ran amok throughout the region, filming at the Athens Theatre in DeLand, the Bookstore Cafe in Ormond Beach, and the Carlson Movie Ranch in rural New Smyrna Beach.

Lester, who was hand-picked by Mikels to direct the Florida filming, explains, "We had a crew of five, a cast of 35, and shot for a total of 18 hours this past weekend in three different locations. Our footage includes some exciting martial arts footage, especially by kick-boxer and Doll Squad member Melanie Robel."

If you are not familiar with Melanie Robel, well you should be, she is also a cast member on another indie horror film that was shot in Florida recently called, "Bikini Monsters."

Melanie was excited to work with Lester, and to be a part of Mikels famed "Astro Zombies" film series, "I was one of the members of the Doll Squad, Florida unit. My job was to kick Zombie butts and with my training in boxing and kick-boxing, I got to do a lot of it. Working on this project was amazing, everyone was great to work with and we got to shoot in the Athens Theater. A historic building where Gypsy Rose Lee preformed. I can't wait to see this film finished and I bet this goes international. Meeting and working with Richard and Gary was a great learning experience."

Lester believes that cult movie fans will be more than pleased with his teams work, "Those fans who love the Ted Mikels films will be delighted to know that AZM3: Cloned will have its share of campy moments. One of our assignments in Florida was to make sure Ted's iconic Doll Squad caught up with a few demented mutants and ruined their day."

"I think I used up a gallon of fake blood."

Oh, and let me not forget the professional canine performer, named Miss Scarlet, who also took part in the weekend filming.

Here are some photos of the "Doll Squad" vs "Astro Zombie" action from Florida: 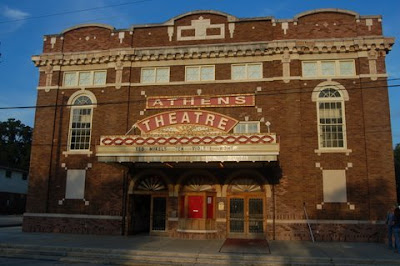 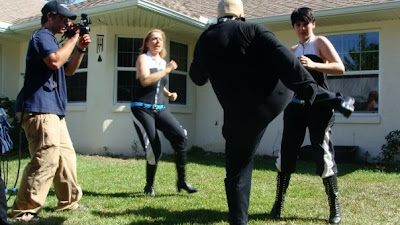 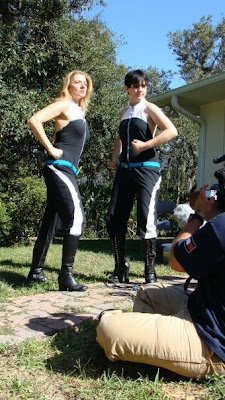 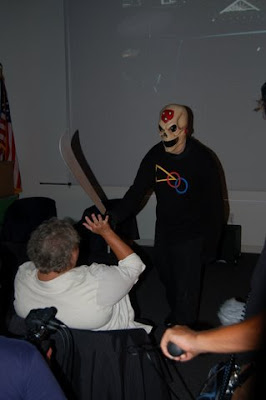 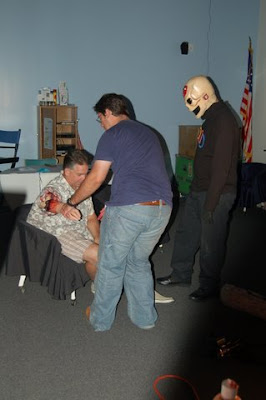 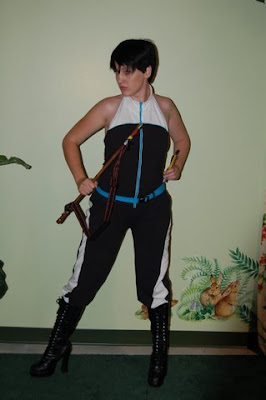 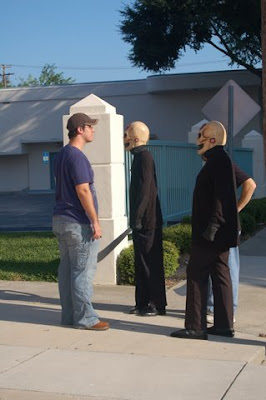 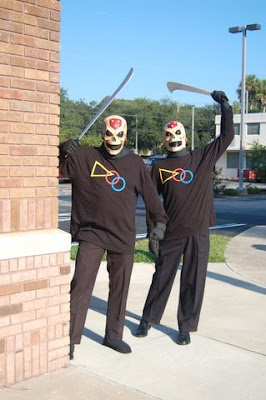