Jim Wynorski Releases Images Of The Late David Carradine From 'Dinocroc vs. Supergator' 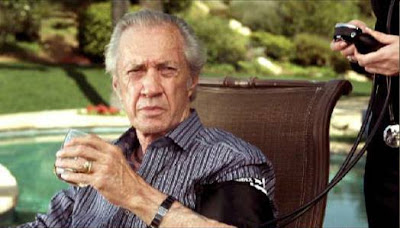 The most noteworthy thing about director Jim Wynorski's rather blase looking monster on monster flick, "Dinocroc vs. Supergator", is the appearance of the late actor, David Carradine, who filmed scenes for the film before he died under mysterious circumstances in Thailand this past June.

Today Wynorski released the first images of Carradine in "Dinocroc", plus some more effects shots of the monsters and other various cast photos.

It is kinda bittersweet to see Carradine, who is famous for such roles as Kwai Chang Caine in the 70s television series "Kung-Fu" and as Bill in the "Kill Bill" films, in a direct to SyFy channel movie such as this, but sometimes an actors last film isn't always their best. Case in point, Gene Kelly in "Xanadu" and Bela Lugosi in "Plan 9 From Outer Space."

At first I thought "Dinocroc vs Supergator" was going to be devoid of sexy women, a Wynorski trademark, but then the director supplied us with images of the lovely actresses Amy Rasimas, Carrie Stevens and Della Sheppard who will be starring in the film alongside Carradine and the two steroid filled gators. Looks like Wynorski hasn't lost his eye for the ladies.

Look for "Dinocroc vs Supergator" to air on the Sy Fy Channel in the near future.

Here are the pics of David Carradine, the big reptiles, and Wynorski's ample proportioned young starlets: 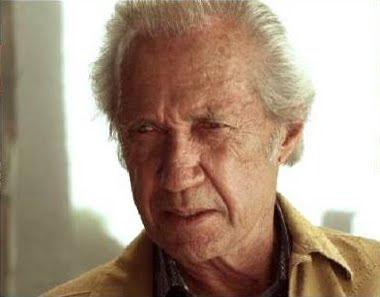 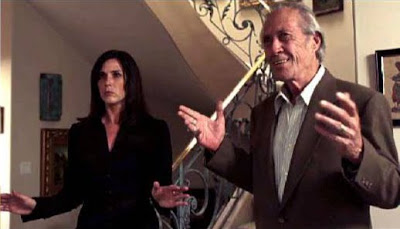 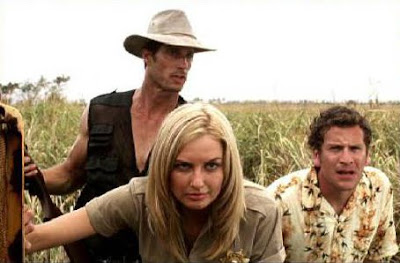 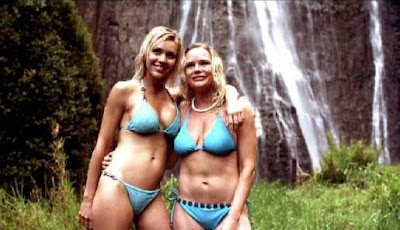 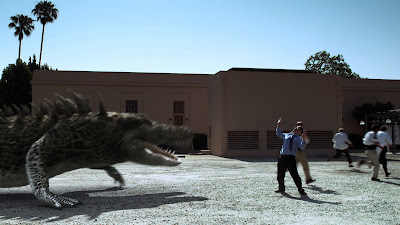