Mallika Sherawat And News Guaranteed To Make You Hisss 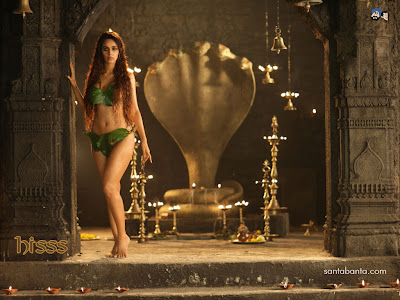 Earlier this year I spent a lot of time talking about the upcoming Bollywood monster/horror film, "Hisss", which is beeing directed by Jennifer Lynch and stars the very exotic Mallika Sherawat. Well, to be honest, it's a Hollywood made film for distribution in India....anyway, after posting a few articles, the last one being in May, news on the production just fell silent.

That's not to mean that production on the film stopped, so don't worry. No, just that the media just kinda moved on to other stuff. Present company included.

Well thanks to our resident 'blood-hound', Avery Guerra, "Hisss" has once again slithered out of the shadows.

Filming has been proceeding on schedule in several locations throughout India, including Chennai, Mumbai and a Kerala jungle with a mostly Indian cast, including the renowned Irfan Khan, under the direction of Lynch and an American crew, backed by Hollywood greenbacks.

What does Lynch think of her film? Well, either the director knows that she has achieved greatness, or the heat has gotten to her?

Recently Lynch told a reporter for Buzzine, “I definitely want people to see this film and say it is the greatest horror movie made in the history of cinema, better than Hitchcock, better than 'The Exorcist'”.

It is obvious that Lynch wants to hype her film, but statements like that are more than a little ballsy.

And let us not forget that Lynch once won the infamous "Raspberry Award" for her 1993 movie "Boxing Helena".

Anyway, back to the subject at hand.

A lot has been made about the casting of Mallika Sherawat as the film's monster, the half-human-half-snake known in Indian folklore as the Nagin, and the many grueling hours in the restrictive costume and make-up the actress has had to endure.

The actress recently opened up on the subject saying, “It was pure torture (playing the snake), I was in a snake suit for 14 hours and I couldn’t pee! It was raining and it was cold and we had leeches all over. (The director) was like, ‘Mallika, come on, you’ve got to do this.’ I am in this snake suit and I haven’t gone to the loo for 14 hours, but we still had to do (filming). Jennifer [Chambers Lynch] would say to me, ‘Come on, it’s great, come on, woo! woo!’ But she gave me that strength to carry on, despite a lot of complaining (and) crying.”

And things on the set didn't get much better for the actress, she had to get rather intimate with real-life snakes, “We had real snakes on set. It was weird and creepy, I definitely do not want to go the jungle again. I don’t want to wear a snake suit. I don’t want to make love to a snake. No mud, no cold, no leeches! That’s all I know right now!

“As it is, my parents have disowned me!” Sherawat jokingly added. “Now, when they see me making love to a snake…?! Oh my God! And it was a rubbery, slimy, slithering snake. And Jennifer would tell me, ‘Lick it harder!’ Yuck!”

A sexy actress licking snakes? A director who believes her movie is better than the works of Hitchcock?

Wew, that's a lot to swallow.

I have to admit that "Hisss" sure has my attention now.

As a side note, I want to mention that our very own Avery Guerra has an eye for the sexy Sherawat, noting that she should be on the top of the list of sexiest women of 2009.

From these photos, who could argue? 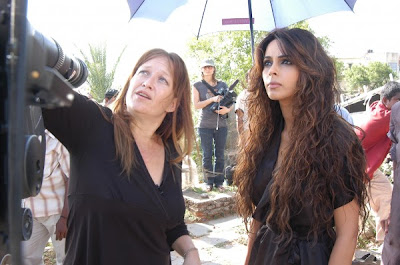 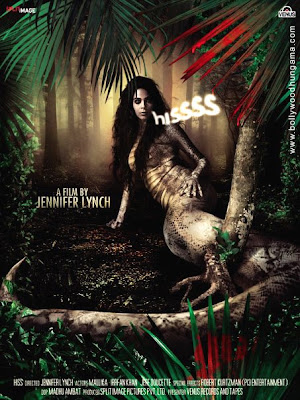 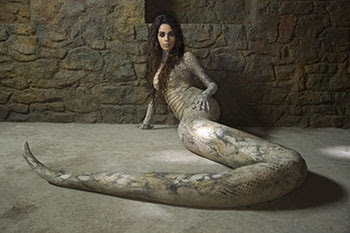 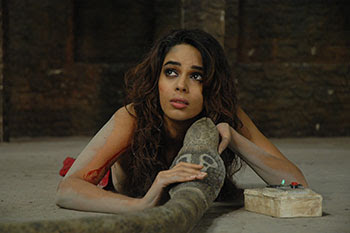 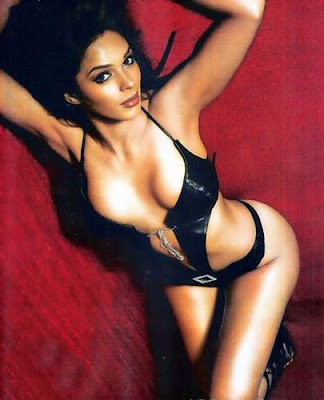 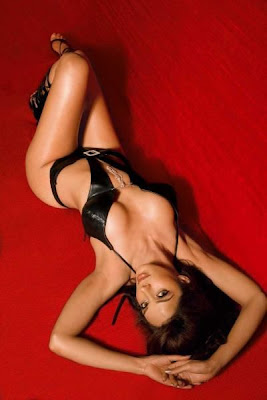 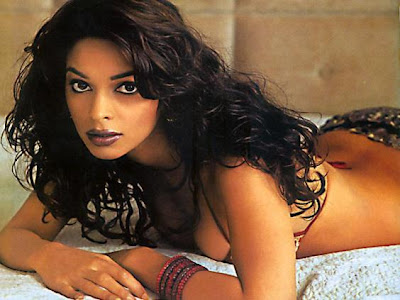