Tiffany To Star In The Asylum's 'Very Brady' Megapiranha Movie 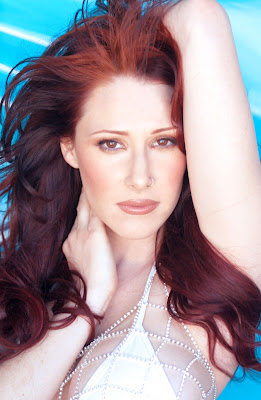 You have to hand it to creative people over at The Asylum, when they come up with something that works, they stay with it.

As most of you probably remember, one of the most talked about movies of 2009 was the independent studio's "Mega Shark vs Giant Octopus", which starred 80s pop sensation, Debbie Gibson. The film got a huge amount of press on this site,on MTV, and even Entertainment Tonight.

It seems that the formula of adding an 80s female pop star, plus some sort of giant sea creature, equals success, and that is exactly what happened with "Mega Shark."

It should come as no surprise to anyone that the studio that has made a name for itself cloning big-budget Hollywood movies, would use the exact same formula once again for their upcoming film, "Megapiranha".

This time, however, it is not Debbie Gibson who will be battling giant mutant man-eaters from the deep, instead it will be Tiffany.

You may remember Tiffany by her mega-hit "I Think We're Alone Now", a cover of the song first made famous by Tommy James & the Shondells. You may also remember the buxom red-head from her rather sizzling photo shoot for Playboy magazine.

Come to think of it, Debbie Gibson posed for Playboy too........I think that I'm starting to see a pattern here.

Paul Bales of The Asylum gives us a little insight on how big the ravenous fish in his movie get.

"The piranha in our movie are a mutant strain that start off normal size and then grow to about 100 meters as the movie progresses.

There are HUNDREDS of them and they eat EVERYTHING."

100-meter long piranha! That's rather impressive, then again, so was a shark big enough to eat the Golden Gate Bridge.

Oh, before I forget, The Asylum has also dipped into the collective consciousness of American pop-culture to select Tiffany's co-star, Barry Williams from the 70s family sitcom, "The Brady Bunch."

"Megapiranha" is being written and directed by Eric Forsberg who has brought such memorable classics as, "Snakes on a Train", "30,000 Leagues Under the Sea" and "War of the Worlds 2: The Next Wave."

Now lets see if big piranha can generate as much press as giant sharks and octopuses can?

There is such a thing as going to the well once to often and it looks like The Asylum is going to milk this kind of thing for all its worth.