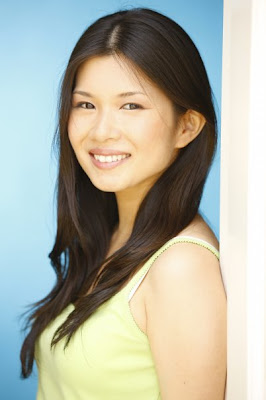 Kyoko Okazaki is a rising young actress who appeared in the play, Utsutsu in Los Angeles this month.

She played the character Otose, who was a tomboy and dressed in male clothing to hide from yakuza's boss, Gonzo.

Kyoko was born and raised in Okayama, Japan and has appeared in several movies this past year, including Mr. Sophistication, The Scenesters, Luster and The Runaways.

She attended the Theater of Arts, College For The Contemporary Actor in Los Angeles.

I first met Kyoko at the press and kick-off party for Utsutsu earlier this month and found her to have a bubbly personality.

She has a natural style to her acting and I found her performance in Utsutsu to be compelling. 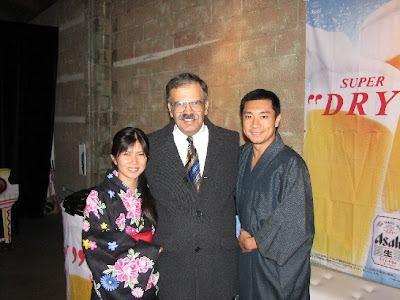 Above, Kyoko Okazaki with Armand and "Utsutsu" co-star Masamichi Kanobe.

She graciously put me on her personal list for a performance of Utsutsu.

Here is the link to her IMDb page.

Kyoko Okazaki is one to keep an eye out for!
By Armand Vaquer at November 30, 2010