Text and Photos by Armand Vaquer 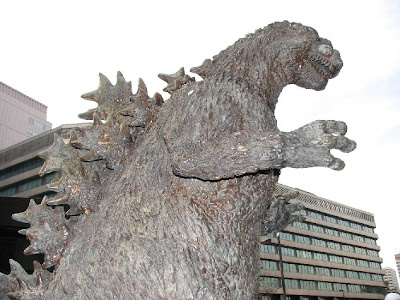 Above, Godzilla stands guard at the entrance to Hibiya Chanter Square.

Near the Godzilla statue at the Hibiya Chanter Square in Tokyo are metal hand casts of Japanese celebrities. This is Japan's version of the Hollywood Walk of Fame.

Among them are a couple of names Americans are familiar with: Tom Cruise and Jackie Chan. Cruise's hand cast was added at about the time The Last Samurai was released.

While I am not a fan of Tom Cruise by any stretch of the imagination, there are some Cruise fans out there who would be interested in seeing his hand cast along with Jackie Chan's. 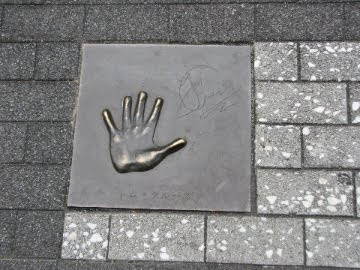 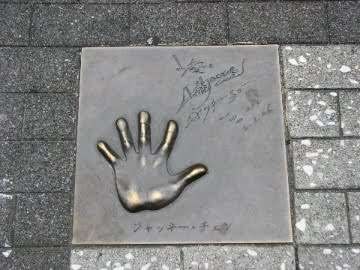