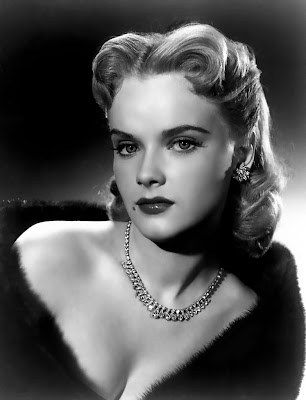 The death of the iconic movie and television actress Anne Francis has shaken me to the core.

It's not just the fact that I was a huge fan of the actress who is known for her roles in the classic sci fi film "Forbidden Planet", the lesser known TV series "Honey West", the legendary series "Twilight Zone" and numerous other roles spanning five decades.

No, it not just the fact that Hollywood has lost one of it's true beauties that has me "shaken", it is the time and date of her death. Call it some kind of cosmic connection, call it a coincidence, but on the same day that Francis passed my wife and I were watching an old VHS tape of "Twilight Zone" episodes that included "Jess-Belle". You may remember that in that episode of the sci fi anthology Francis played the title character, a hillbilly girl who sold her soul to a back woods witch to win the heart of a young man who was betrothed to another.

Upon viewing the episode we both wondered if Francis was still with us and where she may be.? We also pulled out a copy of "Dimensions Behind the Twilight Zone", an excellent book by Stewart T. Stanyard (See Below), and read a interview with the actress about her role in "Jess-Belle" and also "The After Hours".

I had even pondered trying to contact the actress about a possible interview.

Imagine my shock today when I learned that Francis had passed? The news really hit me hard, then after thinking about it, I felt the hair on the back of my neck stand up.

Could it have been possible that Francis had died at about the same time that my wife and I were watching her on television or reading about her?

The whole thing was just too eerie for me.

Being a huge fan of Anne Francis I felt compelled to compose this tribute, heck, maybe due to these strange coincidences I was destined to put this whole thing together?

Here is a bio of Anne Francis from Wikipedia: 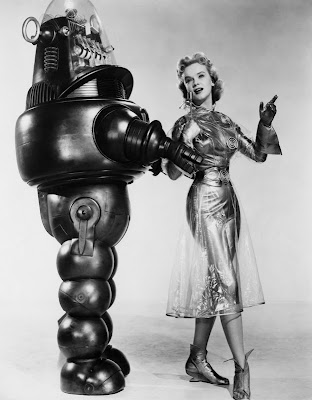 Anne Lloyd Francis was born in Ossining, New York in 1930, the only child of Philip and Edith Francis. Francis entered show business at a young age, working as a model at age five to help her family during the Great Depression, and made her Broadway debut at the age of 11.

Over her career, Francis appeared in scores of TV shows and movies. She made her film debut in This Time for Keeps (1947). In her early film career, she played supporting roles in films such as: Susan Slept Here, So Young So Bad, and Bad Day at Black Rock. Her first leading role was in Blackboard Jungle (1955). She is perhaps best-known on film for her role as Altaira in the science fiction movie Forbidden Planet. "Anne Francis stars in Forbidden Planet" is a line in the song "Science Fiction/Double Feature" from the Rocky Horror Picture Show, large numbers of whose audience sing the line without ever having seen Forbidden Planet.

Francis found success in television, with several appearances on The Twilight Zone, including the title character in "Jess-Belle" and as Marsha White in "The After Hours." She was a frequent guest star in 1960s, 1970s, and 1980s TV movies and programs. She appeared in two episodes of the popular TV western The Virginian.

In 1964, Francis guest starred in two episodes, "Hideout" and "Rachel's Mother", of the CBS short-lived drama The Reporter. She made two successive appearances in 1964 in The Man From U.N.C.L.E. series. In 1965, Francis turned to series television and was cast as Honey West, a sexy private detective with a pet ocelot. The character was initially introduced on the popular ABC series Burke's Law. She made a guest appearance along with Charles Bronson in a 1967 episode of The Fugitive opposite David Janssen. She played one of the leading roles in Funny Girl in 1968 and one year later, played Nancy Ingersoll, the wife of Jerry Lewis character in the comedy Hook, Line and Sinker. In 1971, at the start of the final season of My Three Sons, she played bowling alley waitress Terri Dowling who eventually married Laird Fergus McBain Douglas of Sithian Bridge, Scotland and returned to his homeland as royalty. (Fred MacMurray played the dual character roles of Steve Douglas and Fergus McBain Douglas in this four part story arc).

During the 1980–1981 season of Dallas, Francis had a recurring role as Arliss Cooper, the mother of Mitch and Afton Cooper. She later played "Mama Jo" in the 1984 TV-detective series Riptide.[3] She made an appearance in Matlock, another popular detective series; and in The Golden Girls as Truvy McMann, Dorothy's friend from college. In 1989 and 1990 she starred in several episodes of Murder, She Wrote. Her most recent television appearance was on a 2004 episode of the CBS series Without a Trace.

And here is some info on the series "Honey West": 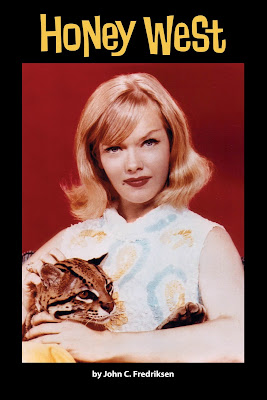 The Honey West character was created by Gloria and Forrest E. "Skip" Fickling under the pseudonym "G.G. Fickling" in the late 1950s. West was one of the first female "private eyes" to ever appear on television. Francis first played West in the Second Season (Episode #2) of Burke's Law entitled "Who Killed the Jackpot?", broadcast on April 2, 1965, which led to this series being commissioned as a spin-off.

In the series, West had a partner and man-Friday "Sam" (John Ericson, who had played the Francis character's brother Pete in Bad Day at Black Rock), who usually stayed in the background or sat in their high-tech surveillance van talking to Honey via a radio hidden in her lipstick case. Her alluring feline qualities were reflected by her animal-print wardrobe and decor. She also kept an exotic pet ocelot named Bruce (in one episode, the African series Daktari was showing on Honey's TV set, and Honey said "Oh Bruce, why do we always have to watch your show?"). For sneaking around at night and engaging in energetic fight scenes, she wore a black fabric bodystocking reminiscent of Emma Peel's leather jumpsuit. Like Peel's Lotus Elan sports car, Honey's similar-looking AC Cobra convertible also emphasized her independence and vitality. Although the racy content of the novels was excised for television, West often went on solo undercover missions that required a provocative or revealing outfit. She also used a number of James Bond-type gimmicks: an exploding compact, a garter-belt gas mask, and tear-gas earrings. West was also a black-belt in Judo, as was her partner, Sam.

In her own words:

Earlier is this piece I talked about Anne's appearance in the classic episode of the "Twilight Zone" entitled "The After Hours" for which she later reminisced about in the book "Dimensions Behind the Twilight Zone" by Stewart T. Stanyard (See Below):

"I loved it. My first impression was what fun it was going to be to play that role. The humor in the beginning. The spaciness of each little step that took place, sort of just a little bit off-center until the horror begins for this young woman who has absolutely no memory at all of who she is or why she's on the ninth floor. The progression of that character was a lot of fun.

And then about the episode "Jess-Belle":

"(In) This one, we were able to indulge more in the different characters. Like Jeanette Nolan as the witch was wonderful, and she had her great scenes. And Jimmy (Best) as the innocent young man who is tormented really with these two women - the darkness of Jess-Belle and the spell of Jess-Belle, and the other woman, the sweet woman that really should be his love. But every time Jess-Belle was around, her spirit invaded him. There was more time to play with these emotions (referring to the fact that the episode was an hour long) and characters, and sit back and see how all of them were tormented in their own way. Except for the witch. I've told Earl (Hammer) I want to play the witch in his musical version. and he said 'No, I want you to do Jess-Belle.' But I think that it would be such fun to play the witch. With all the little potions, and wear the wonderful crazy nose and put warts on and the wild hair..." 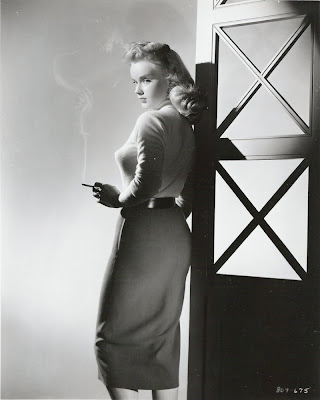 This is from People.com:

Anne Francis, a sweet-voiced honey blonde who starred as a sexy Jane Bond-type detective on TV's Honey West in the mid-'60s and was a CinemaScope eyeful in the '50s sci-fi classic Forbidden Planet, died Sunday of complications of pancreatic cancer at a retirement home in Santa Barbara, Calif., the Los Angeles Times reports. She was 80.

With a distinctive beauty mark below her lower right lip, Francis, though never a top-ranking star, always had her devoted cult followers. Among her better-known movies were Bad Day at Black Rock, Blackboard Jungle, Don't Go Near the Water and Funny Girl, though in that last picture she claimed her best scenes ended up on the cutting-room floor. She played a Ziegfeld Girl gal pal of headliner Fanny Brice, played by Barbra Streisand.

In Forbidden Planet Francis was Altaira, the daughter of the space scientist played by Walter Pidgeon."I got that part because I was under contract to MGM and I had good legs," Francis later said. Her love interest in the movie was a handsome young Leslie Nielsen, who died in November.

A native of Ossining, N.Y., the former child actress went to Hollywood and signed contracts with the studios in the '40s, but her career finally took hold in the next decade thanks to live-TV productions. She is survived by two daughters and a grandson.