The trailer (above) for the new Tim Burton Dark Shadows movie, with Johnny Depp as Barnabas Collins, has people talking.

The trailer indicates to some that the movie would be played as a comedy or spoof.

Over on Twitter, I asked original series cast member David (Quentin Collins) Selby, "Is the DS movie "comedic" or not?"

Production was all very hush hush. Not sure even the original series actors with cameos know. (I'm David's webmaster.)

Wonder why details are so hush-hush? It will be interesting to see how this plays out. 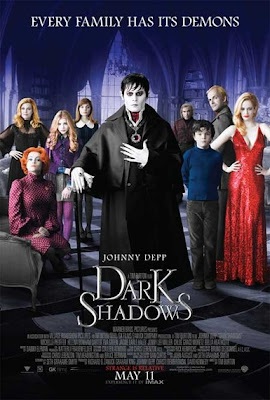 UPDATE: Here is my gut reaction after watching the trailer several times:

I enjoyed Ed Wood. It was a very entertaining movie. It could have been a depressing movie given its subject matter.

From what I can tell from the trailer, this is definitely a movie whose approach is from the comedic side. Is that bad? I don't think so. It looks to me that this will be entertaining. Maybe hardcore Dark Shadows devotees won't particularly like it, but I think this may be a fun movie.