Once more a frantic pilot radios in a report on a UFO. A bird. A bird as big as a Battleship! 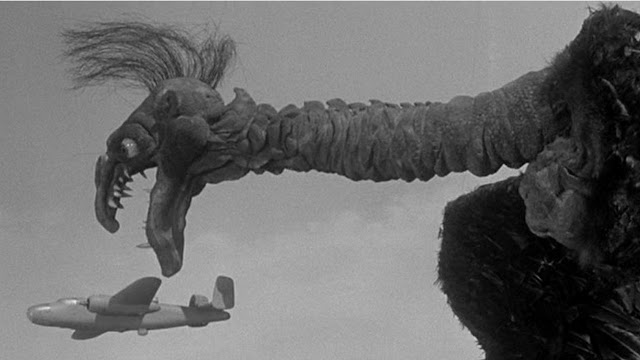 With Thanksgiving Day upon us I have decided to serve up a little cinematic turkey of my own. I would be willing to bet that no one reading this could find a better 'turkey' than Fred Sears 1957 dud entitled 'The Giant Claw.'

Over the decades 'Claw' has reached a unique place in cinematic lore thanks in most part to its laughable monster, a monster so ridiculous looking that it never once appeared in any of the films advertising, a monster so lame that even the movies cast never saw the design during filming, a monster so goofy looking that the audience broke out in laughter every time it appeared on screen.

In other words monster so cheesy that Ed Wood must have stayed awake at night wishing he had thought of it first.

Yes boys and girls the monster in this film is a puppet. I know that throughout the history of monster films puppets have been used very effectively as a cheap alternative to expensive and time consuming stop-motion models in such films as 'The Land That Time Forgot' and 'Godzilla.' This puppet however was not of that quality. This was actually a marionette that looked like it belonged in a 'Punch and Judy' show at a carnival.

The actual movie itself isn't too terrible. It is probably no worse than any of the other giant monster flicks that were churned out at the time including 'Black Scorpion', 'The Deadly Mantis' and 'The Monster That Challenged The World.' The only problem is there is no way to get around the monster. It is so distractingly bad that after you see the film you can't remember anything else about it.

Honestly, you watch the movie and see if I'm not right?

I used to see this film all the time when I was young on an afternoon movie program that aired in Albuquerque, New Mexico called 'Dialing for Dollars.' The film was usually aired during a week of programing that featured other campy monster films like Roger Corman's 'Attack of the Crab Monsters' and 'Green Slime.' Once and a while the film would be mixed in during a week of Japanese monster films even though it is an American film. I have fond memories of 'The Giant Claw' even though it is a real stinker. I suppose the film had something to do with nurturing my love of 'less than stellar' movies. 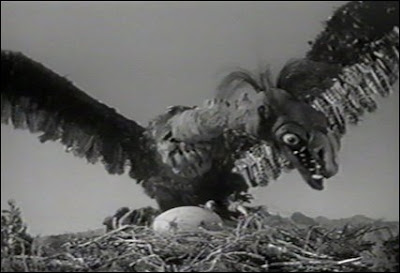 When electronics engineer Mitch MacAfee spots a UFO as "big as a battleship," from his plane, the Air Force scrambles planes to investigate. However, nothing shows up on radar, and one of the jets is lost during the action. MacAfee is regarded as a dangerous crackpot until other incidents and disappearances convince the authorities that the threat is real. Some believe it is a French-Canadian folk legend come to life, but it turns out to be an extraterrestrial giant bird composed of anti-matter whose disregard for human life and architecture threatens the world.

This One Is 100% Certified Cinematic Turkey! 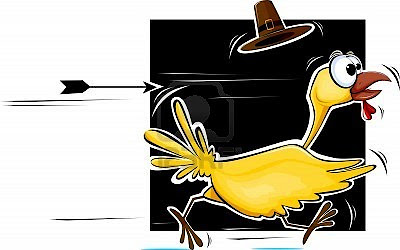 Gen. Van Buskirk: Three men reported they saw something. Two of them are now dead.

Mitch MacAfee: That makes me Chief Cook and Bottle Washer in a one-man Bird Watcher's Society!