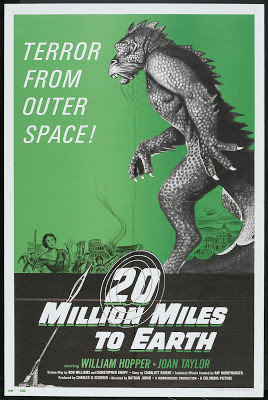 One of the reasons the film takes place in Italy is that Ray Harryhausen always wanted to vacation there but could never afford to go on his own.

Ray Harryhausen's original design for the monster was a giant cyclops, similar to the one he later used in The 7th Voyage of Sinbad. He discarded the idea after making a clay model of it, and eventually settled on the reptilian Ymir.

Since he planned to use a real elephant for some of the footage in the zoo, Ray Harryhausen asked for one that was 15 feet tall, but the film was only able to procure an eight-foot-tall one for him. In order to make the elephant look much bigger, a 4'6" actor was cast to play the zookeeper.

Though the creature is referred to as the Ymir in reviews and websites, the name is never mentioned in the movie. Ray Harryhausen was concerned that audiences would mistake it for the Arabic title "Emir".

The Ymir roars in the film are variations of elephant roars sped up and modulated in pitches at different rates. 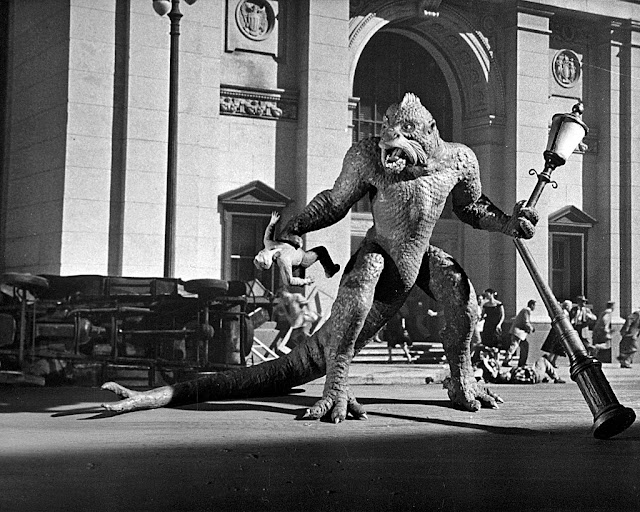 The Ymir is a vegetarian, eating grain when first attacked by the farmer with a pitchfork.

Distance from Earth to Venus- The closest approach of about 39.5 million kilometers (23.6 million miles)

Ray Harryhausen: a man feeding peanuts to the elephant that later battles the Ymir. He did so because the actor scheduled to play the part didn't show up. He later appears in a crowd fleeing the zoo. 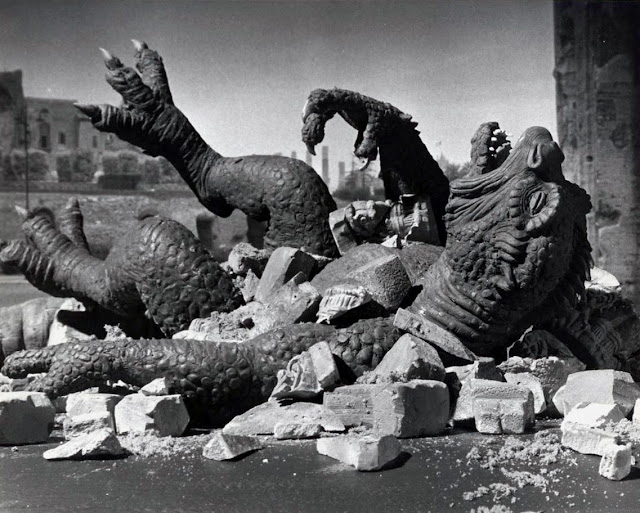 The General, fearing that the space ship has sunk, points to a body of water on the map and says that the lost astronauts are now "20,000 leagues under the sea." Of course, it's a coy reference to the recent sci-fi flick 20000 Leagues Under the Sea (and Jules Verne's novel). However, a league is about 3 miles; no ship could sink 60,000 miles under the sea since the earth isn't that large. The Verne title refers to the amount of miles traveled under the sea, not how deep the craft was operating. So the General has made a geographical error while trying to make a hip quip.

The general and scientist consult a wall map of the world to locate the small village in Sicily where the rocket has crashed. At the end of the scene the camera pulls in for a close-up of Sicily, and we see that there are no city names printed on the map - not even major Sicilian cities like Syracuse or Palermo, let alone a tiny fishing village.

After testing the release of the wire net from the helicopter, an enlisted man with one stripe on his uniform says to Col. Calder, "The hook's working fine, sir!", to which Calder replies, "That's good, sergeant!" One stripe is the insignia of a private, not a sergeant.