Sinbad and the Eye of the Tiger - Trivia - Photos - Trailer 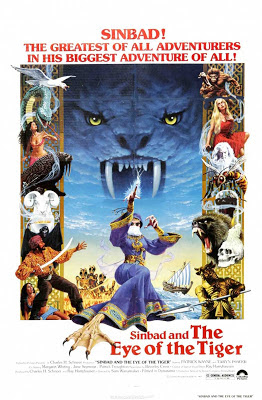 John Phillip Law was originally set to reprise the role of Sinbad, which he had played in The Golden Voyage of Sinbad. Patrick Wayne wound up playing Sinbad instead.

After the live action filming was done, it took animator Ray Harryhausen almost 1½ years to do the animation, all from his own home studio.

At $7 million - a drop in the bucket by today's movie budgets - this was the costliest of the Ray Harryhausen films to date.

An actor in make-up originally was to play the Troglodyte but animator Ray Harryhausen said they were striving for "that fantasy effect that [King Kong] had, that wonderful never-neverland of fantasy". So he created the creature himself.

Animator Ray Harryhausen was forced to create a baboon creature, as an actual animal would have been difficult, if not impossible, to train

According to Ray Harryhausen's memoirs, British singer/actor Paul Jones was among the various British and American actors short-listed for Sinbad. 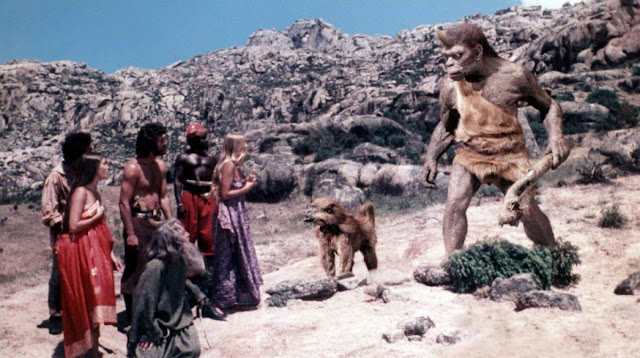 This is the second Sinbad film to have an actor who's played Doctor Who. But while Patrick Troughton was the Doctor before his appearance in this film, Tom Baker appeared in The Golden Voyage of Sinbad right before becoming the Doctor.

Laurence Naismith was first choice for the role of Melanthius but was unavailable due to other commitments.

When approaching the castle of Milanthius, the obvious stand-in for Jane Seymour wears a green dress, while Seymour herself wears blue. 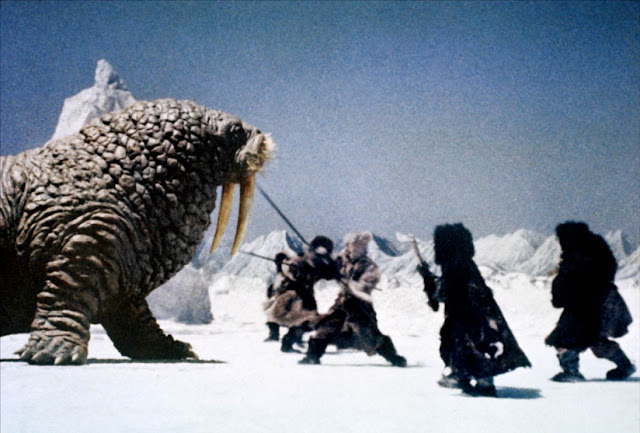 During Dione's introduction on "Casgar" (after she calls off the rock-throwers) there are two reaction shots, one of Hassan, the other of Maroof. These are obviously from the later "Hyberborea" segment. The hilly backgrounds and the fact that Maroof is suddenly bare-chested give the inserts away.

The eye patch worn by Zabid changes sides between the right eye and the left during the sequence when he intercepts Zenobia's boat, indicating reversed shots.

The Troglodyte disappears after its battle with the Tiger. It cannot be seen even on the wide shot when the temple is collapsing.

When Zenobia's son is killed and she goes down the steps to see him at the end of the film, you clearly see she is wearing two shoes and no longer has the bird's claw on her right foot.