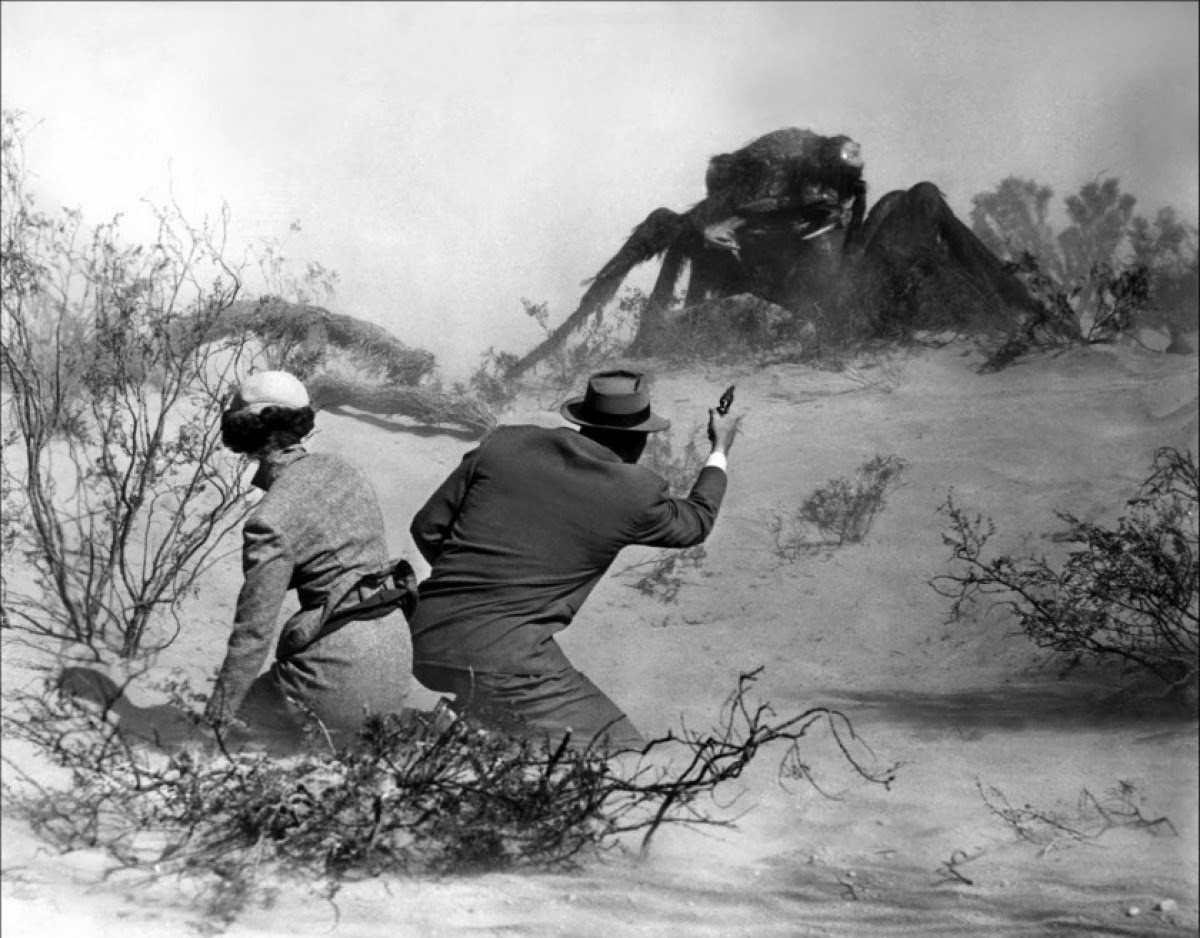 In Mike Mendez’s (Real Killers, The Gravedancers) creature comedy, “The unlikely heroic duo of a blue-collar exterminator (Greg Grunberg) and Latino security guard (Lombardo Boyar) must save the day when a giant spider escapes from a military lab and rampages the city of Los Angeles.”

To celebrate the release, Bloody Disgusting caught up with Mendez who shared his picks for “5 Most Awesome Giant Monster Movies”!

“Giant ants are pretty cool and you get the military versus giant ants. The effects were very innovative for the time. It’s one of the classics. Plus it was the beginning of the atomic age monsters. Also a great cast like James Arness & Fess Parker.”