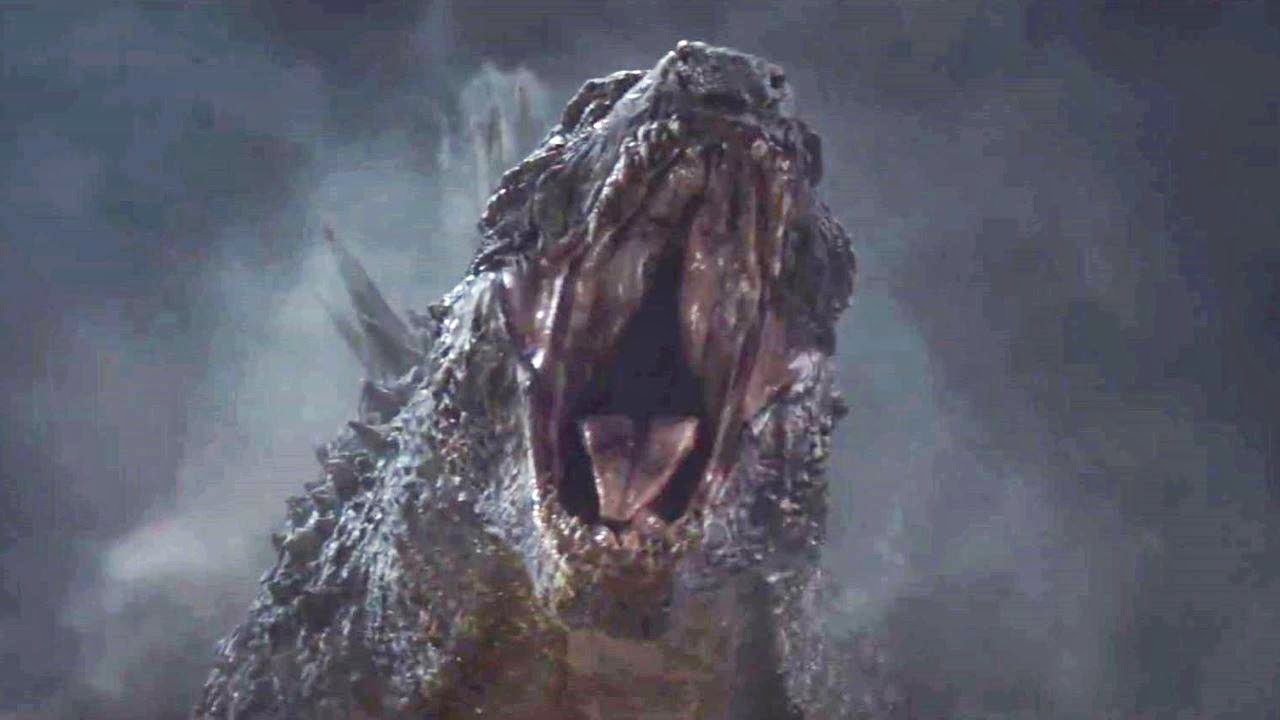 A new Godzilla trailer and poster was unveiled for WonderCon in the past week, say reports.

Director Gareth Edwards appeared at the presentation Saturday to show footage from the remake of “Godzilla,” which is coming out in May.

Edwards spoke at the event, telling the Los Angeles Times about his influences.

“I grew up watching Spielberg movies,” he said, referring to director Steven Spielberg. “What they did so well — as well as having epic, fantastic spectacle — they made the characters feel real and human. We were trying to do the same thing here.”

According to the Times, the “Godzilla” clip appeared to pay homage to “Jaws” with the outline of Godzilla and an aircraft carrier.

Godzilla is also seen confronting a Mothra-type creature at an airport.

“I feel the best designs are strongest when they work in silhouette,” Edwards told the Times. “We built him in 3-D and designed him in black and rotated him. If you saw a sign warning ‘Godzilla crossing,’ you’d know right away it was not a deer or a bear.”

He said creating Godzilla–one that appears fresh and original–took about a year. “Forget the giant monsters,” he told them. “If this really happened, it would be a life-changing experience. You have to take it seriously.”

“Bryan Cranston did all the motion capture for Godzilla,” Edwards joked, according to MTV.

Edwards also talked about the secrecy surrounding the movie.

“All good ideas in the marketing of this film are all down to me. All the mistakes, the things you don’t like was the marketing team,” Edwards quipped.

The film will be in theaters on May 16.