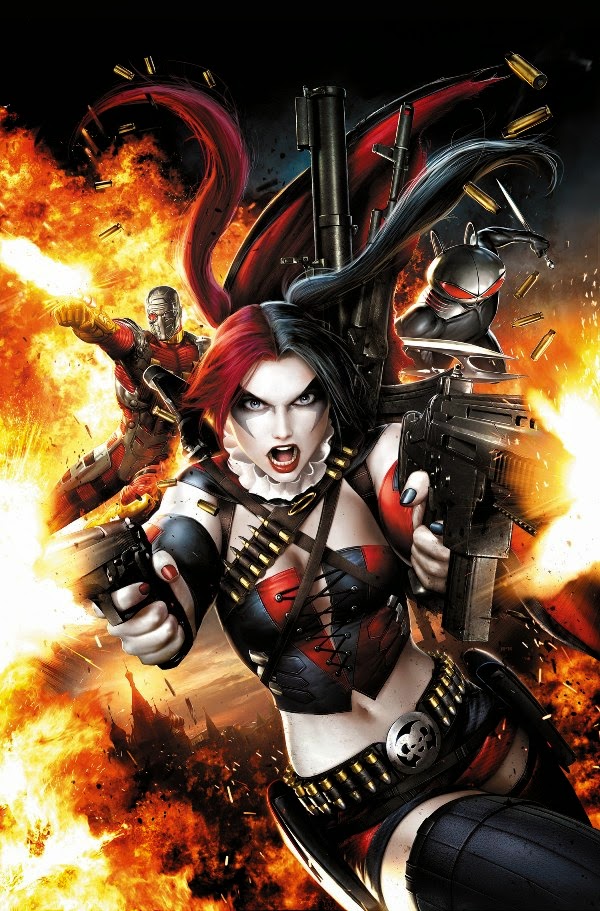 For a year where no DC Entertainment movies were actually released, 2014 was a great year for fans excited to see their favorite DC Comics super heroes brought to the big screen. We’ve already discussed Warner Bros.’ release of its upcoming DC Entertainment theatrical slate. Well, for a certain number of fans, that was actually the second most exciting announcement this year.

On December 2nd, much of the cast list for 2016’s Suicide Squad movie was released, and it certainly impressed. Will Smith as Deadshot! Tom Hardy as Rick Flag! Jared Leto as the Joker! (!!!) For a potentially darker movie where audiences will be cheering on a team of super-villains, it’s quite an A-Level roll call. However, we’d argue that the most significant cast member is one who isn’t yet a household name.

Anyone who’s familiar with Robbie’s work knows that the casting makes perfect sense. However, it’s the fact that Harley Quinn is coming to film that really makes this announcement important. Since her introduction on Batman: The Animated Series, Harley Quinn has gone on to become one of DC’s most popular characters. She’s a favorite of cosplayers and collectors, and has been a staple of the popular Arkham and LEGO Batman video games and anchors her own bestselling comic series. However, despite the continued popularity of Batman as a franchise, Harley has never yet appeared in a live action film. (A variation did appear on the short-lived Birds of Prey TV series, and she was a fun Easter Egg last season on Arrow’s Suicide Squad episode, but neither gave fans a glimpse of her in action.)