Epic. Widescreen. Hitch. Are You Ready? 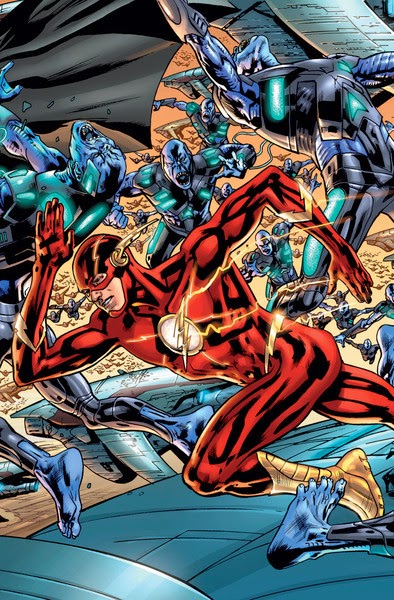 It’s massive widescreen JUSTICE LEAGUE OF AMERICA action and adventure from legendary writer/artist Bryan Hitch! In the extra-sized debut issue, the League comes up against an armada of aliens heading for Earth that claims to be a peaceful religious tribe. But something sinister is lurking under the surface... Something with ties to ancient Krypton!

This amazing kick-off issue is available with seven different variant covers by Bryan Hitch, each spotlighting one of seven core members of the JLA, plus an incredible seven-panel foldout variant cover that presents all seven covers together into one giant panoramic battle scene!

All seven of the variant covers just made their debut on USA TODAY, along with an interview with Hitch on writing and drawing his favorite childhood heroes. Then check out the gallery above for a look at the entire 7 character gatefold cover!

Are You Ready for JLA?