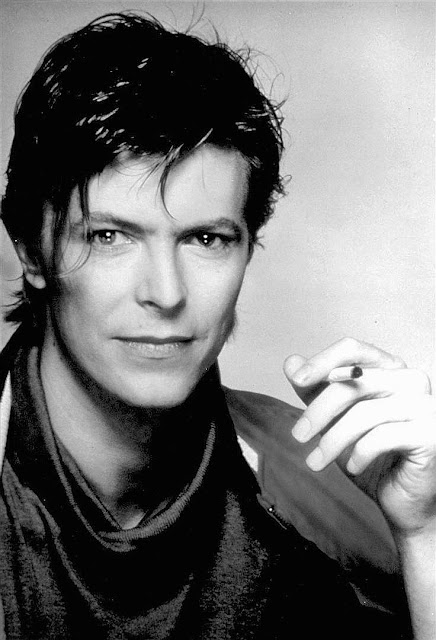 David Bowie has died after a battle with cancer, his representative confirmed to The Hollywood Reporter.

“David Bowie died peacefully today surrounded by his family after a courageous 18 month battle with cancer. While many of you will share in this loss, we ask that you respect the family’s privacy during their time of grief,” read a statement posted on the artist’s official social media accounts.

Bowie’s artistic breakthrough came with 1972’s The Rise and Fall of Ziggy Stardust and the Spiders From Mars, an album that fostered the notion of rock star as space alien. Fusing British mod with Japanese kabuki styles and rock with theater, Bowie created the flamboyant, androgynous alter ego Ziggy Stardust.

Three years later, Bowie achieved his first major American crossover success with the No. 1 single “Fame” off the top 10 album Young Americans, then followed with the 1976 avant-garde art rock LP Station to Station, which made it to No. 3 on the charts and featured top 10 hit “Golden Years.”

David Robert Jones (8 January 1947 – 10 January 2016), known professionally as David Bowie (/ˈboʊ.i/), was an English singer, songwriter, multi-instrumentalist, record producer, arranger, painter, and actor. Bowie was a figure in popular music for over four decades, and was known as an innovator, particularly for his work in the 1970s. His androgynous appearance was an iconic element of his image, principally in the 1970s and 1980s.

Born and raised in South London, Bowie developed an early interest in music although his attempts to succeed as a pop star during much of the 1960s were frustrated. Bowie's first hit song, "Space Oddity", reached the top five of the UK Singles Chart after its release in July 1969. After a three-year period of experimentation, he re-emerged in 1972 during the glam rock era with the flamboyant, androgynous alter ego Ziggy Stardust, spearheaded by the hit single "Starman" and the album The Rise and Fall of Ziggy Stardust and the Spiders from Mars. Bowie's impact at that time, as described by biographer David Buckley, "challenged the core belief of the rock music of its day" and "created perhaps the biggest cult in popular culture". The relatively short-lived Ziggy persona proved to be one facet of a career marked by reinvention, musical innovation and visual presentation.

In 1975, Bowie achieved his first major American crossover success with the number-one single "Fame" and the hit album Young Americans, which the singer characterised as "plastic soul". The sound constituted a radical shift in style that initially alienated many of his UK devotees. He then confounded the expectations of both his record label and his American audiences by recording the electronic-inflected album Low, the first of three collaborations with Brian Eno. Low (1977), "Heroes" (1977), and Lodger (1979)—the so-called "Berlin Trilogy" albums—all reached the UK top five and received lasting critical praise. After uneven commercial success in the late 1970s, Bowie had UK number ones with the 1980 single "Ashes to Ashes", its parent album Scary Monsters (And Super Creeps), and "Under Pressure", a 1981 collaboration with Queen. He then reached a new commercial peak in 1983 with Let's Dance, which yielded several hit singles. Throughout the 1990s and 2000s, Bowie continued to experiment with musical styles, including blue-eyed soul, industrial, adult contemporary, and jungle. He stopped touring after his 2003–04 Reality Tour, and last performed live at a charity event in 2006. Bowie released the studio album Blackstar on 8 January 2016, his 69th birthday, just two days before his death from liver cancer.

Bowie also had a successful, but sporadic film career. His acting roles include the eponymous character in The Man Who Fell to Earth (1976), Jareth, the Goblin King in Labyrinth (1986), Pontius Pilate in Martin Scorsese's The Last Temptation of Christ (1988), and Nikola Tesla in The Prestige (2006), among other film and television appearances and cameos. - Source

Bowie met dancer Lindsay Kemp in 1967 and enrolled in his dance class at the London Dance Centre. He commented in 1972 that meeting Kemp was when his interest in image "really blossomed". "He lived on his emotions, he was a wonderful influence. His day-to-day life was the most theatrical thing I had ever seen, ever. It was everything I thought Bohemia probably was. I joined the circus." Studying the dramatic arts under Kemp, from avant-garde theatre and mime to commedia dell'arte, Bowie became immersed in the creation of personae to present to the world. Satirising life in a British prison, meanwhile, the Bowie-penned "Over the Wall We Go" became a 1967 single for Oscar; another Bowie composition, "Silly Boy Blue", was released by Billy Fury the following year. In January 1968 Kemp choreographed a dance scene for a BBC play The Pistol Shot in the Theatre 625 series, and used Bowie with a dancer, Hermione Farthingale; the pair began dating, and moved into a London flat together. Playing acoustic guitar, Farthingale formed a group with Bowie and bassist John Hutchinson; between September 1968 and early 1969 the trio gave a small number of concerts combining folk, Merseybeat, poetry and mime. Bowie and Farthingale broke up in early 1969 when she went to Norway to take part in a film, Song of Norway; this had an impact on him, and several songs, such as "Letter to Hermione" and "Life on Mars?" reference her, and for the video accompanying "Where Are We Now?" he wore a T-shirt with the words "Song for Norway". They were last together in January 1969 for the filming of Love You till Tuesday, a 30-minute film, not released until 1984, intended as a vehicle to promote him, featuring performances from Bowie's repertoire, including an as yet unreleased "Space Oddity".

After the breakup with Farthingale, Bowie moved in with Mary Finnigan as her lodger. During this period he appeared in a Lyons Maid ice cream commercial, but was rejected for another by Kit Kat. In February and March 1969, he undertook a short tour with Marc Bolan's duo Tyrannosaurus Rex, as third on the bill, performing a mime act. On 11 July 1969, "Space Oddity" was released five days ahead of the Apollo 11 launch, to become a UK top five hit. Continuing the divergence from rock and roll and blues begun by his work with Farthingale, Bowie joined forces with Finnigan, Christina Ostrom and Barrie Jackson to run a folk club on Sunday nights at the Three Tuns pub in Beckenham High Street. Influenced by the Arts Lab Movement, this developed into the Beckenham Arts Lab, and became extremely popular. The Arts Lab hosted a free festival in a local park, the subject of his song "Memory of a Free Festival". Bowie's second album followed in November; originally issued in the UK as David Bowie, it caused some confusion with its predecessor of the same name, and the early US release was instead titled Man of Words/Man of Music; it was re-released internationally in 1972 by RCA as Space Oddity. Featuring philosophical post-hippie lyrics on peace, love and morality, its acoustic folk rock occasionally fortified by harder rock, the album was not a commercial success at the time of its release. - READ MORE