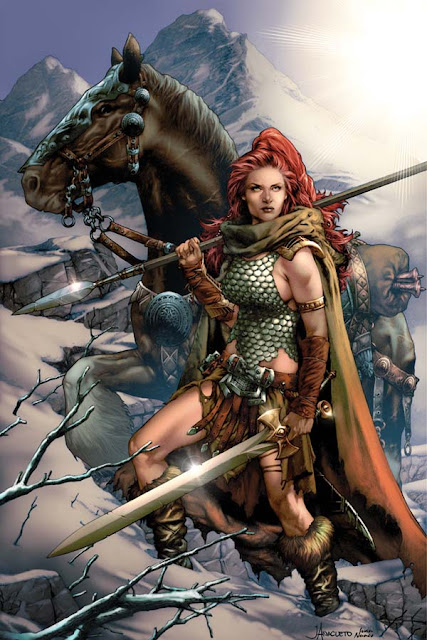 Through the plains of Hyrkania, a message sweeps through the scattered peoples of the nation. Bells ring, horns blow, voices shout - the King is dying! Red Sonja rides to save the King from his doom as the powers of Hyboria crowd around to strike when the kingdom is weakest. But a dread new power rises from within Hyrkania's own borders, bent on defending its homeland - no matter the cost, no matter what its people become. A defining chapter of the Red Sonja saga - dark, clever, vicious, and funny - as the She-Devil with a Sword must stop the rise of a brutal new regime... her own people! 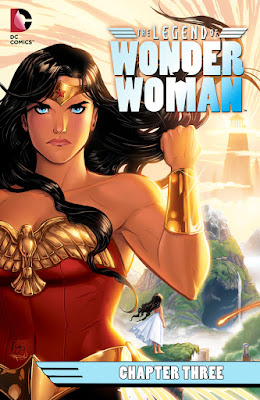 THE LEGEND OF WONDER WOMAN #1

A new WONDER WOMAN 9-issue miniseries begins here with a story written and pencilled by Renae De Liz (The Last Unicorn)! In the beginning there was only chaos. But Hippolyta, Queen of the Amazons, saw a better future—and eventually, her daughter would be destined to bring that new world to life! Before her ultimate fate unfolds, though, Diana of Themyscira must learn the important lessons of an Amazonian childhood! 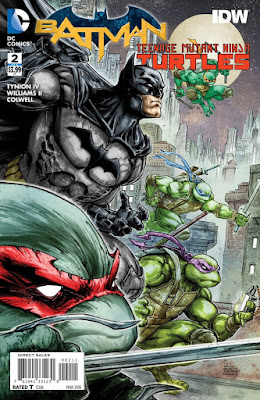 Trapped in a world where they can scarcely tell friend from foe, the Turtles’ first encounter with the Dark Knight puts their fighting skills to the ultimate test. And while Batman and scientist Lucius Fox search for any clue as to where these strange ninjas come from, Shredder strikes a deal with The Penguin! Co-published with IDW! 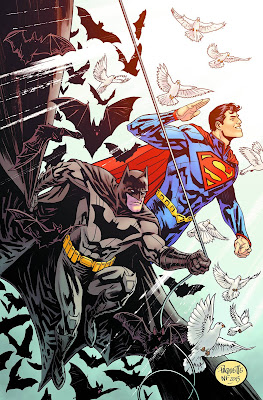 It’s an untold tale from the early days of Bruce and Clark’s crime-fighting careers! A new 3-part epic from another time begins here as Batman and Superman are pitted against a menace that will test their partnership—and their friendship! 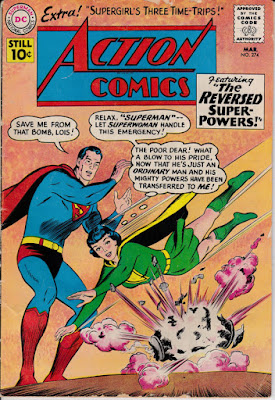 Superman arrives at the Daily Planet and tells Perry White that he may be close to finding a cure for his weakness to Kryptonite, and so Perry assigns Lois Lane to go to Superman's Fortress of Solitude to cover the story. During the experiment there is an explosion that seemingly strips Superman of his super-powers. Realizing that he's now just a mortal man, Superman asks Lois to finally marry him, however Lois isn't sure if she loves Superman for who he is or for his super-powers and tells him that she needs to think about it. The two are returned to Metropolis by one of his Superman robots.

Back in Metropolis, the duo realize that once the criminal world learned that Superman is now ordinary, he would become a target instantly, so Lois decides to only report that the experiment failed and nothing else. Everyone continues to consider Superman the mightiest mortal on Earth, however when in private with Lois, Superman can't help but feel like a sham. 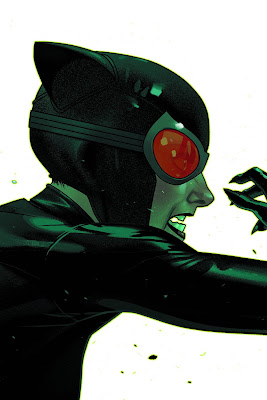 In New York City and framed for a murder she did not commit, Catwoman is now on the run! And to uncover whoever is out to get her, she’ll have to ask for help from some unlikely—and untrustworthy—sources. Her hunt to uncover the truth may end up putting her in the sights of more than just the NYPD! 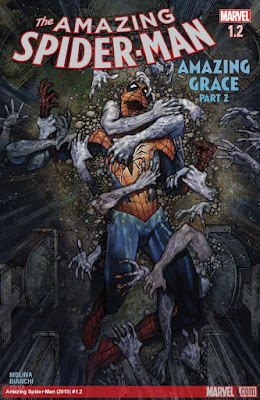 The dead are rising in Harlem! Spider-Man relearns why graveyards are terrifying. But things aren’t as simple as they seem (and they don’t even seem all that simple). How do the Santerians fit into all of this? 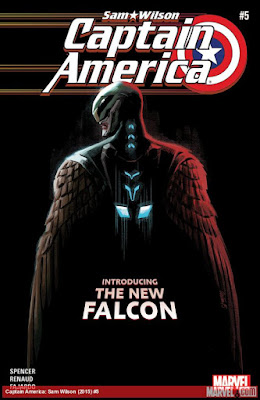 Witness the birth of the All-New, All-Different FALCON! 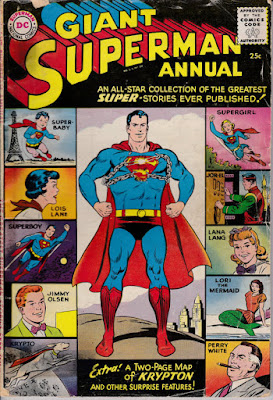 Dr. Reese Kearns, once discredited for panicking Metropolis with a meteor “hoax”, gets the Daily Planet to run a contest in search of Superman’s earliest super-feat. When pressed for the answer, Superman uses his super-memory to recall an incident in which, as baby Kal-El, he briefly emerged from Jor-El’s rocket, fought a crystalline insect on a meteor, and then pushed off from the meteor to return to his rocket. The push-off sent the meteor off course and caused it to miss Metropolis, thus invalidating Kearns’s claim. With that revelation, which Kearns had suspected, his reputation is repaired.

Clark Kent is working alone in his office one afternoon when he catches something out of the corner of his eye. Using his x-ray vision, he witnesses a purple colored rocket ship crash landing several miles away. Switching into his Superman costume, he flies off to investigate. When he arrives, he is shocked to discover that the rocket’s sole occupant is another Kryptonian – a young blonde-haired girl named Kara. 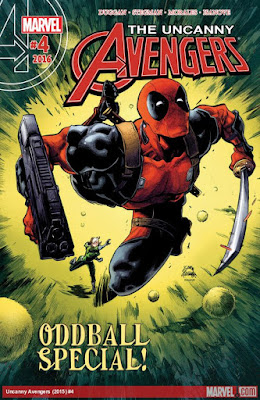 The Uncanny Avengers save Boston from destruction, but at what cost? The finale of the first arc has devastating consequences for one Avenger. Rogue learns to love Deadpool through the joy of the "fastball special"! Plus: The Torch issues an ultimatum about the membership status of one Avenger... 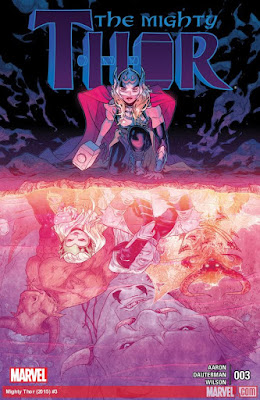 Loki insists he just wants to talk, but Thor knows him better than that! Will this conversation end in peace, or thunder? Meanwhile, Malekith and his Dark Council continue to fan the flames of the War of Realms! 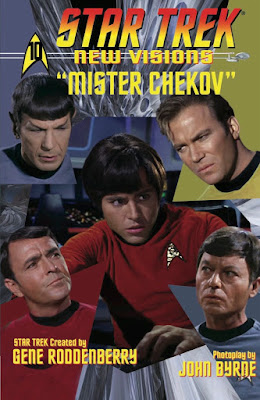 You met him as the navigator on the Bridge, but what roles did Pavel Chekov play aboard the ENTERPRISE before his promotion to the starboard seat? Find out as we go below decks for “Ensign Chekov,” heading your way in January, 2016. 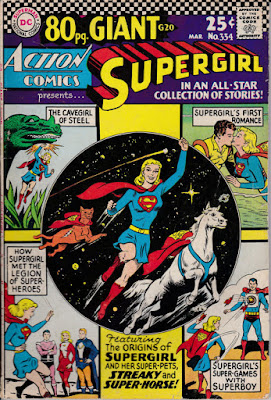 Clark Kent is working alone in his office one afternoon when he catches something out of the corner of his eye. Using his x-ray vision, he witnesses a purple colored rocket ship crash landing several miles away. Switching into his Superman costume, he flies off to investigate. When he arrives, he is shocked to discover that the rocket’s sole occupant is another Kryptonian – a young blonde-haired girl named Kara.
By Ken Hulsey at January 12, 2016