Eight of the Most Bizarre Superman Stories Ever Told 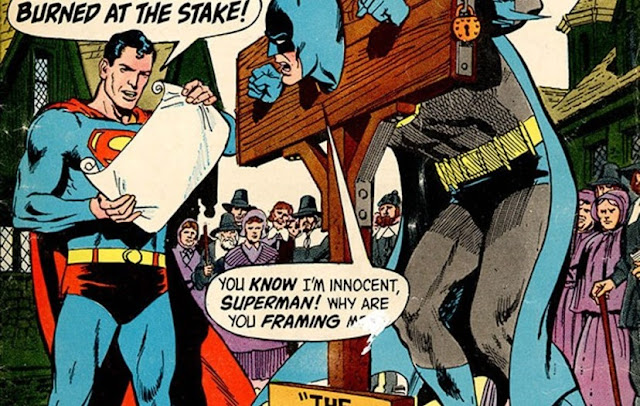 We actually have one of these issues in stock!

Some days you're leading the Justice League and saving the world from Brainiac. Others you're wishing Sherlock Holmes into existence and officiating gorilla weddings.

We're less than one week away from getting our hands on issue #1000 of ACTION COMICS. Let’s think about that for a minute. One thousand. One followed by three zeroes. That’s a whole lot of comics. And as you might expect, with that many issues and eighty years of history, our good friend Superman has no shortage of stories to look back on. Sure, some of them are exciting, dramatic, high flying…even romantic. I’d even go so far as to say that most of them are.

But some of them?

Ooooh, boy… Let's just say that with a long life comes plenty of opportunities for things to get weird. And nobody does weird quite like Superman. This is a guy who has a whole planet of villains with the word “bizarre” in their name, after all. For all that we say Superman is all about small towns and wholesome values and apple pie and all that, the dude knows how to get freaky.

So, with that in mind (particularly the apple pie…remind me not to write listicles at lunchtime), let's take a look at some of the silliest, some of the most out-there, most utterly bonkers Superman stories ever told. 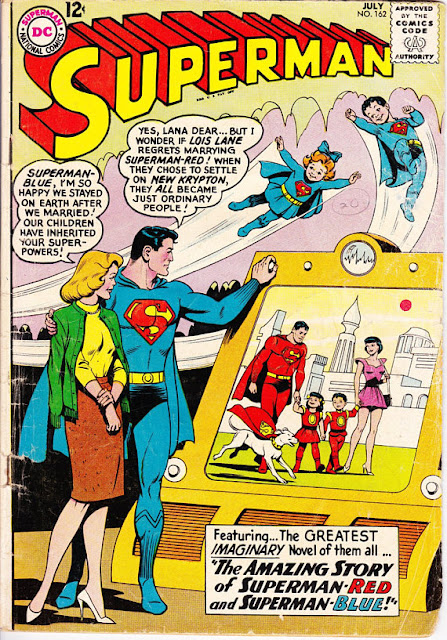 If you've been reading Superman comics for a while, you might actually be familiar with this story. Back in 1998, Superman was "split" into two different versions of himself, the more famous of the two colloquially known as "Electric Blue" because he was, well, electric blue and had energy powers.

But what you might not know is that good ol' Electric Blue Supes was actually a call back to a much older story from 1963. In this timeless classic that almost no one remembers, Superman finds himself with just too many high-priority things on his to-do list, so he invents a machine with different forms of Kryptonite that will, ideally, increase his intelligence and inspire him to start knocking the more challenging goals out one by one.

Now, to me, it would seem like someone who can invent a machine like that was already pretty darn intelligent, and that maybe, in a totally different story, Superman would realize that and discover that he doesn’t need the machine after all. He just needs the patent for it along with some investment capital, and he could make billions cranking out intelligence machines. That would be more than enough to hire an entire staff to help him with those goals he wants to achieve.

But no, this isn’t that story. Instead, Superman’s machine splits the Man of Steel into two identical clones—one dressed all in red, the other dressed all in blue—who name themselves, well, Superman-Red and Superman-Blue. Together, they solve the world's problems, resolve a love triangle (Red marries Lois, Blue marries Lana Lang) and otherwise seem to have pretty great and conflict-free lives.

Of course, it all wound up being another out-of-continuity "imaginary story" so none of that actually came to pass. But hey, at least we've still got the ’90s version to look back on fondly, along with my alternate, completely unused machine story, which you all saw here first (just in case that Bendis guy tries stealing it ;) )!