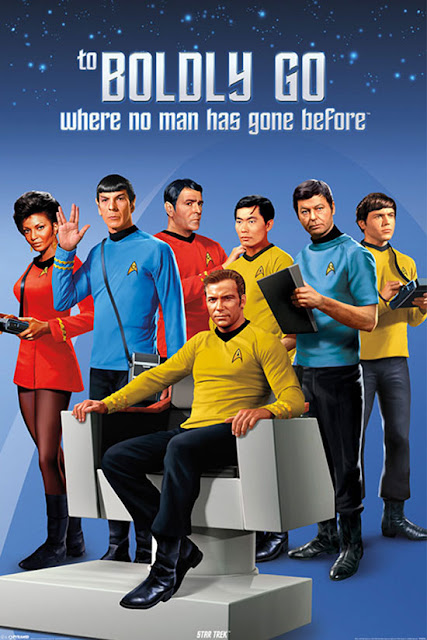 It looks like CBS is playing around with the idea of rebooting "Star Trek: The Original Series" while a spin-off of "Star Trek: The Next Generation" is already in some sort of development.

Tom Chang over at Monkeys Fighting Robots has written a great piece that expands on what CBS may have in store for us:

Do you see CBS bringing back Kirk and the Original Series Enterprise Back to TV?

The casting of Ethan Peck as Spock for the second season of Star Trek: Discovery leads to another question for the franchise: Could we see a full reboot of The Original Series?

With multiple spinoffs in development including a sequel series to Star Trek: The Next Generation with Patrick Stewart returning as Captain Jean Luc Picard, there are possibilities including an opportunity to truly revisit the franchise’s roots.

Peck is the third actor cast in the role of Spock after Leonard Nimoy and Zachary Quinto, the half-human and half-Vulcan science officer of the USS Enterprise to Captain Christopher Pike (Anson Mount).

With Discovery being the second Star Trek series to take place before TOS after Enterprise, it’s not far fetch to conceive a new cast with Peck as the tie in for a spinoff. Since the cast hired by JJ Abrams for his reboot film franchise is not crossing over to TV as the casting of Peck reveals, we may very well see a new Kirk, Bones, Uhura, Chekov, Scotty and Sulu cast and/or teased along the way.

CBS is not hesitant to revisit other shows and franchises with the reboots of MacGyver, Hawaii Five-O and Magnum PI. So far the first two shows have delivered on ratings to a new generation of fans. While the technology of 1966 is dated when TOS was filmed, there were CGI updates on the most recent home re-release of the series.

While the 2009 film led to the revival of the Star Trek franchise was met with praise from audiences and critics alike, some cognitive dissidence among fans accuse Abrams of dumbing down to more general audiences with fast-paced action and intense CGI space battles.

While Starfleet’s mission remained that of exploration and peace, later films like Star Trek Into Darkness and Star Trek: Beyond stuck to the similar formula of the first film.
Fans embraced the cast playing younger versions of The Original Series characters so we open new possibilities for another generation to be immersed with the franchise. Discovery has proven to be a success back to more traditional Trek roots and with Stewart ready to sit in the captain’s chair again, perhaps rather than keep nudging before Kirk, we should just redo Kirk again for TV.

The Five-Year Mission Collides with Autobot and Decepticon Warfare!