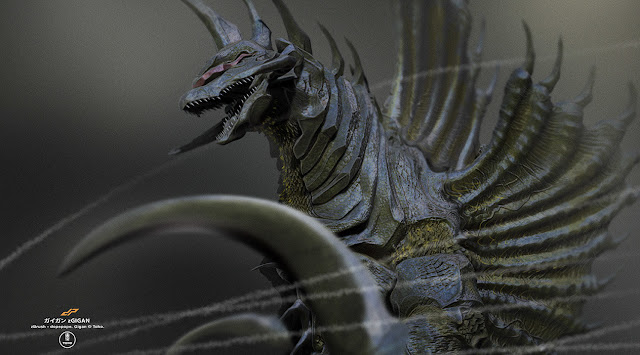 Michael Dougherty, director of the anticipated kaiju monster fest Godzilla: King of the Monsters, is already thinking sequel, and has two kaiju in mind for the "Big Bads."

Dougherty told CinemaToday JP he would like to use Biollante and Gigan in a sequel to Godzilla: King of the Monsters. The GORMARU Twitter account posted an excerpt of Dougherty's answer accompanied by a GIF of the menacing plant creature Biollante.


"I wanted to do it, but if I had the opportunity to do it again, I would have Biollante. Oh, and Gigan!" - Micheal Dougherty states in CinemaToday JP interview regarding #godzillakingofmonsters after saying how GvB made feel stronger in respecting nature. ^_^ #Godzilla pic.twitter.com/qCNdOBWnrr
— GORMARU (@OMEGAGORMARU) January 7, 2019

Dougherty's hands are more than full with Rodan, Mothra and King Ghidorah in King of the Monsters, which is a pleasing enough roster as it is. However, Biollante and Gigan are two more prized and promising fan-favorites diehard fans have been waiting years to see make a comeback on the big screen.

Biollante is perhaps the most famous nemesis of Godzilla to appear in only one movie. Debuting in Godzilla vs. Biollante, a sequel to Godzilla 1984, Biollante is the product of an experiment combining Godzilla's DNA with that of a plant and a scientist's dead daughter. Bigger than the big guy and able to disperse and reform from a cloud of spores, Biollante is one of the few creatures to fight the G-Man to a standstill and leave him reeling from a near-fatal blow.

The verdant kaiju's lone appearance is also famous for its message about man manipulating nature, a major theme in Legendary's Monsterverse, and a moral lesson that had an impact on Dougherty, referenced by GORMAUR. "GvB made [sic] feel stronger in respecting nature."

Gigan's had more screentime, appearing in Godzilla vs. Gigan and Godzilla: Final Wars, and is probably more popular than Biollante since it got to return for another round against Toho's mighty creation. His fearsome blades and hooks made Godzilla bleed in the past, which no one is soon to forget.