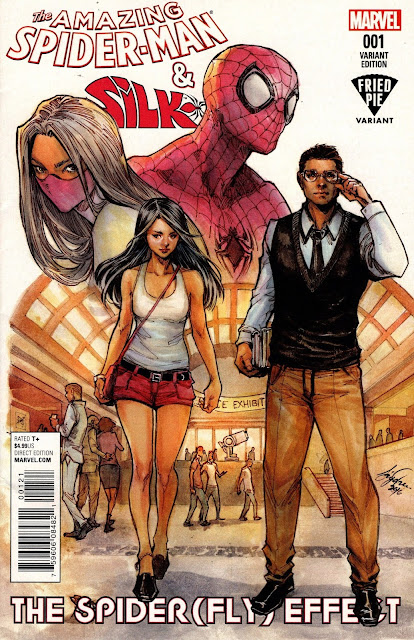 Spider-Man and Silk aren't necessarily pals right now, but they've got no choice but to work together when they accidentally travel back in time to just BEFORE they got their spider-powers! Now, they have to get along while stopping a threat to the timeline...WITHOUT accidentally wiping out their own powers! Writer Robbie Thompson (Silk, Venom: Spaceknight) teams with artist Todd Nauck (Nightcrawler, Amazing Spider-Man) to bring us a tale of Amazing Anachronistic Arachnids! Collecting the first two chapters of the Infinite Comic series. 36 pages, full color. Rated T+

This comic book is in new condition. Comic is complete with cover and all pages attached. This comic has very few flaws that warrant a NM grade.