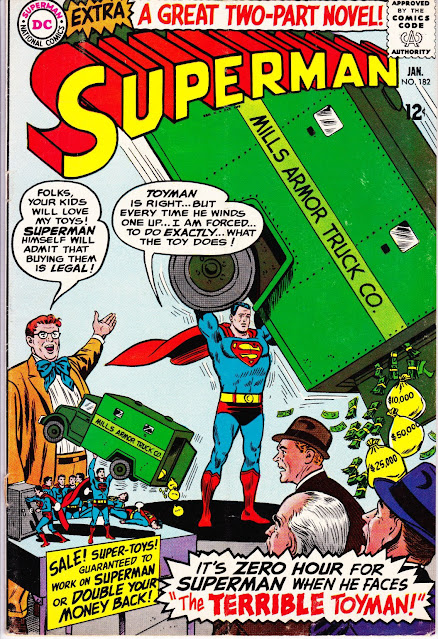 A flash of light that would have blinded a normal man forces Clark Kent to pretend he has been blinded, leave the Daily Planet, and try his hand a being a butler and an English disc jockey.

The Menace of the Terrible Toyman!

The Toyman gets out of jail and uses a Superman robot to commit crimes, pretending that the real Superman has been mesmerized by tiny Superman dolls he is selling.

1st printing.
This comic book is in used condition. Comic is complete with cover and all pages attached. This comic has flaws that warrant a Fine grade.
Comic Book will be shipped bagged and boarded!
By Ken Hulsey at February 06, 2021