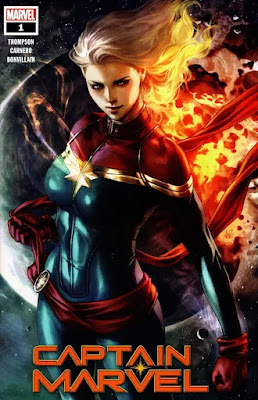 Captain Marvel #1 Walmart Exclusive Artgerm Variant Cover March 2019 Issue Marvel Comics Grade NM
$11.19 - Shop Here
ALL THE STARS ALIGN AS KELLY THOMPSON AND CARMEN CARNERO TAKE ON MARVEL'S PREMIER FEMALE SUPER HERO! As Captain Marvel, Carol Danvers has spent months in space protecting Earth from alien threats big and small, but now it's time for Earth's mightiest hero to come home. New York City has never looked so good. But every re-entry comes with the unexpected, and Carol is about to hit a whole lot of unexpected. It's a fresh start and an oversized, star-studded welcome home for a hero who's been punching the glass ceiling since the 1970s - and just in time for the first female-led film from Marvel Studios! The next 50 years of Captain Marvel starts here! 48 pages, full color. Rated T+ 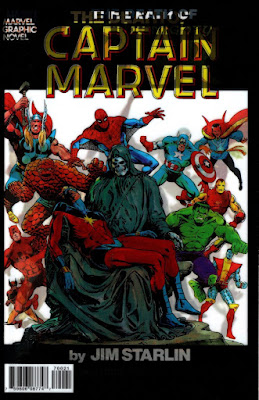 Thor #700 Lenticular Cover Variant December Issue Marvel Comics Grade NM
$5.59 - Shop Here
The Death of Mighty Thor: Part 1 - Written by Jason Aaron. Art by Walter Simonson, Russell Dauterman, Daniel Acuna, James Harren, Becky Cloonan, Das Pastoras, Chris Burnham, Andrew MacLean, Jill Thompson, Mike Del Mundo and Olivier Coipel. The final judgement comes as the Mangog arrives! The War Thor will meet the beast head on. But even the bloodthirst of this Ultimate Thor may pale in comparison to the might of the Mangog! The battle rages as Jane's cancer takes a turn for the worse, and she might not have to wait for the final judgment at all. The clock is ticking, and no hammer can save her this time. It's the beginning of the end that will lead to the most dramatic return in the Marvel Universe! PLUS: Includes 3 bonus MARVEL PRIMER PAGES! Story by Robbie Thompson and Valerio Schiti! 60 pages, full color. Rated T+ 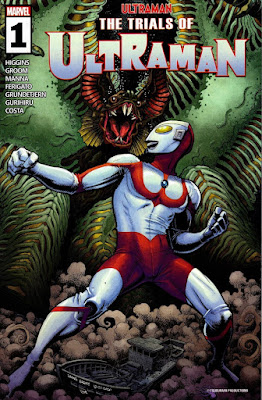 Ultraman narrowly averted a catastrophe decades in the making. The world was saved - but, also, forever changed. Now…come the consequences. Much of the populace regard their defenders with suspicion. Enemies hide in plain sight, and even those closest to Shin Hayata don't necessarily have faith in the Giant of Light. But at last, a long-thought-lost comrade has mysteriously returned! That's a good thing…right? The RISE is over. The training wheels are off, and the stakes have never been higher. THE TRIALS OF ULTRAMAN begin here! 44 pages, full color. Rated T+ 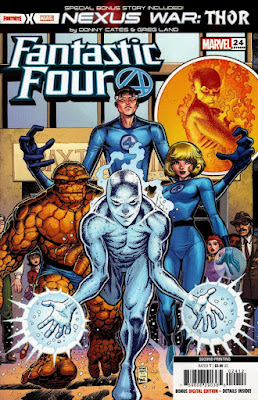 Fantastic Four #24 2nd Printing Art Adams Variant December 2020 Marvel Comics Grade NM
$2.79 - Shop Here
Hey, remember that time Iceman replaced the Human Torch as a member of the Fantastic Four? No? Well, Johnny Storm sure remembers! And now it's time to let everybody else in on the secret of the Fantastic Four story we were never supposed to talk about! Don't miss the revelations in "Cold Snap" by Dan Slott and Paco Medina. Plus: Thor in the bonus Fortnite/Marvel crossover story "Nexus War" by Donny Cates, Greg Land and Jay Leisten. Issue also includes a 2-page tribute to actor Chadwick Boseman by Ta-Nehisi Coates and Brian Stelfreeze. 44 pages, full color. Rated T 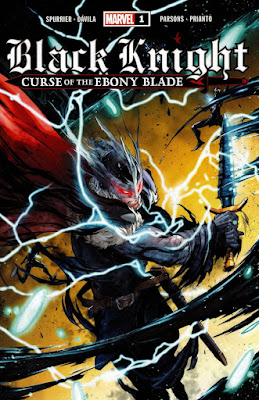 Black Knight Curse of the Ebony Blade #1 Walmart Exclusive Variant Cover May 2021 Marvel Comics Grade NM
$10.41 - Shop Here
Dane Whitman is the BLACK KNIGHT and wielder of the magical EBONY BLADE, but the blade's power comes at a terrible price. Dane forever bears the burden of its curse: an insatiable lust for blood and mayhem that constantly threatens to swallow its owner in darkness. Must that be Dane's fate? Following the battle against the KING IN BLACK, a reinvigorated Dane has a greater sense of purpose than ever before. But his sword is the key to a new enemy's evil plan and only the Black Knight can prevent the coming death and destruction. This conflict spanning mythical Camelot to modern-day NYC will test Dane like never before and challenge everything he believes about himself, the Ebony Blade, and the entire history of the Black Knight! Guest starring the AVENGERS! 36 pages, full color. Rated T+ 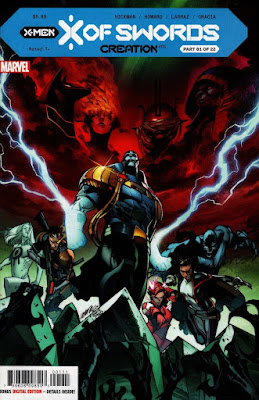 There's no man on Earth more convinced that he knows what makes Batman tick than Dr. Hugo Strange! Which makes him a natural target for the thing that's hunting Batman, unless Batman gets there first! 32 pages, full color. Rated T 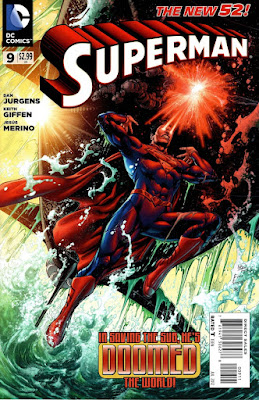 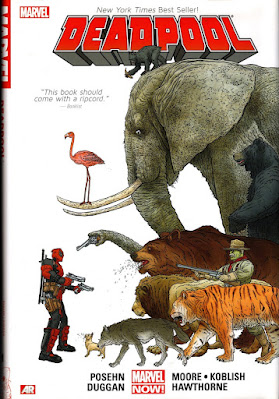 Deadpool In Wade We Trust! Hardcover Edition February 2014 Marvel Comics Grade NM
$33.59 - Shop Here
Volume 1 - 1st printing. Collects Deadpool (2012-2015 3rd Series) #1-12. Gerry Duggan and Brian Posehn's hilarious, nonstop reinvention of the Merc With a Mouth! When a cadre of dead U.S. presidents - from George Washington to Gerald Ford - rise from the grave to terrorize their countrymen, only someone with the already-sullied reputation, indiscriminate killing skills and implicit insanity defense of a heavily armed madman can be trusted with this abhorrent operation. But who in the Marvel Universe will dirty their hands by bashing in these resurrected heads of state? NOW! is the time for Deadpool! Then: A demon hires Deadpool to reclaim damned souls! And just in case you didn't think he could get any stranger, Wade gets in touch with his feminine side! Guest-starring your Superior Neighborhood Spider-Man and some dude with aquatic powers! And we promise Deadpool kills one of those two! Plus: Flash back to Wade's adventures of yesteryear with Iron Man! Hardcover, 280 pages, full color. 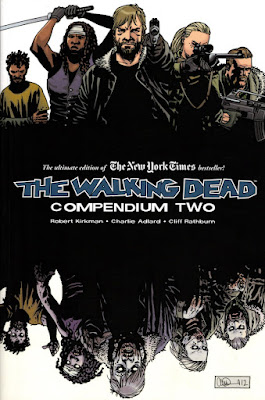 The Walking Dead Compendium Volume 2 TPB October 2012 Image Comics Grade NM
$41.99 - Shop Here
Volume 2 - 2nd printing. Collects Walking Dead (2003 Image) #49-96. Written by ROBERT KIRKMAN. Art by Charlie Adlard. Cover by Charlie Adlard and Cliff Rathburn. Returning with the second eight volumes of the fan-favorite, New York Times Best Seller series collected into one massive paperback collection! This is the perfect collection for any fan of the Emmy Award-winning television series on AMC: over one thousand pages chronicling the next chapter of ROBERT KIRKMAN's Eisner Award-winning continuing story of survival horror- beginning with Rick Grimes' struggle to survive after the prison raid, to the group's finding short solace in The Community, and the devastation that follows... In a world ruled by the dead, we are finally forced to finally start living. Softcover, 1,068 pages, B&W. MATURE READERS.
By Ken Hulsey at October 21, 2021