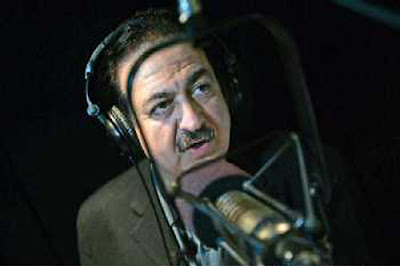 George Noory is host of Coast to Coast AM, a radio program nationally syndicated by Premiere Radio Networks. His is the most listened to overnight radio program in North America, heard by nearly three million listeners each week on more than 500 stations in the U.S., Canada, Mexico and Guam. Noory's audience is regularly astounded by his discussions on topics like paranormal phenomena, time travel, alien abductions, conspiracies and all other things curious and unexplained.

Unexplained with George Noory will air as follows:

Reincarnation is the long held belief that part of the living soul survives death and is reborn in a new body. George Noory interviews Dr. Bruce Goldberg, a past-life hypnotist to address the question, "Is there life after death?" Noory also interviews Bryce Zabel, writer/producer of The Crow: Stairway to Heaven and Afterlife who questions Dr. Goldberg's hypnotherapeutic methods. Carol Bowman, author of "Children's Past Lives" recounts the story of a deceased World War II Navy pilot whose spirit is now linked to a 9-year-old Louisiana boy.

Witchcraft, the practice of supposed supernatural powers to control people or events, has been historically associated with evil. In this episode George Noory interviews Fiona Horne, a modern day witch, who tries to dispel misperceptions about her craft. Horn talks about spells and rituals and their use in modern times. Noory also speaks with Bloody Mary, a Voodoo high priestess who dispels the myth that voodoo is linked to satanic worship.

How close are scientists to discovering the Loch Ness Monster? George Noory interviews Lee Frank, a monster hunter in search of new unknown creatures from around the world. Frank discusses the Loch Ness Monster sharing images of a large "flipper" captured by sonar imagery at Loch Ness. Lee also plays a mysterious audio recording of an alleged Big Foot from a 1967 sighting in Tennessee.

George Noory interviews investigative journalist Linda Moulton Howe about UFO sightings and government cover-ups. Constable Lee Roy Gaiten of Stevensville, TX, gives his eyewitness account of his sighting of an object at least "3 football fields long and as far as I could see." Author Whitley Strieber recounts his alien abduction and 11-year relationship with his extraterrestrial abductors.

Noory interviews Lionel Fanthorpe, who he considers to be "the greatest storyteller ever born," to talk about recorded vampire attacks and legends like Spring Heeled Jack, an assailant with superhuman powers characterized by his insane cackling. Fanthorpe tells the story of the first evidence of time travel in the 17th century and the mystery of the Barbados coffins at Christ Church in the early 19th century, which moved every time a new corpse was interred.

Unexplained with George Noory is executive produced by Carol Sherman and Jeff Androsky for Natural 9 Entertainment.
By Ken Hulsey at November 03, 2008