Gillian Anderson To Guest Star On Doctor Who 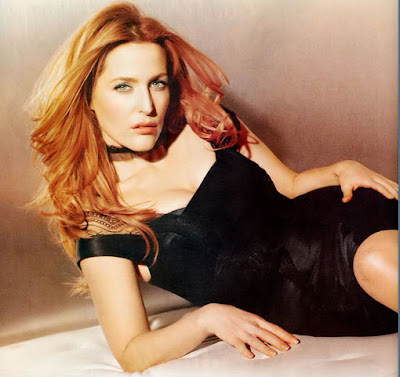 The BBC is reportedly close to signing Gillian Anderson to play a villain in an upcoming episode of "Doctor Who." The network is already billing the battle between Anderson's character and The Doctor as 'the ultimate sc fi showdown.'

The 40 year old Anderson shot to stardom in the 1990s when she played Dana Scully alongside David Duchovny on the "X-Files" television series. The show has always been popular with fans of the sci fi genre, spawning a spin-off series and two movies. Anderson herself has always been a fan favorite, holding the title of 'sci fi's sexiest actress' for several years while the show was on the air.

It would be a major shot in the arm for the British series to land Anderson, a move which would certainly mean ratings gold on both sides of the Atlantic.

A un-named source told the British newspaper, the Daily Express, "Gillian obviously has a massive sci-fi following following and it's felt it would be a major coup to have her appear in Doctor Who.

"The team behind the show are keen for the next Doctor to have lots of new enemies and Gillian would be a glamorous and impressive addition to the list.

"It would undoubtedly be regarded as one of those great sci-fi moments if the star of The X-Files gets to clash with the Doctor."

It is interesting how things come full circle. Fans may remember when it was a big deal when Lucy Lawless of Xena fame made a guest appearance on "The X-Files." Now Anderson gets to make the cameo on "Doctor Who." Now the only way to make the circle complete is to have one of The Doctors star on one of Lucy Lawless's shows in the future, possibly, "Spartacus: Blood and Sand."