Euros Lyn To Helm Doctor Who Movie For 2011? 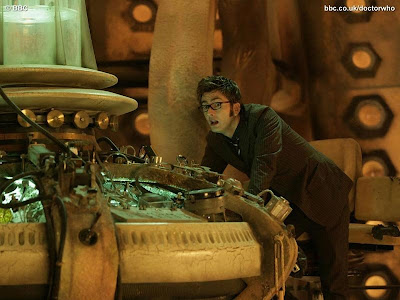 Plans for the upcoming big screen "Doctor Who" movie will reportedly be 'officially' announced at this years San Diego Comic Con. Reports also suggest that "Torchwood: Children of Earth" director Euros Lyn will be introduced as the man that will helm the project at the convention as well.

It was leaked in late May that "Doctor Who" fan favorite, David Tennant, had signed on to star in, what is reported to be, a series of movies based on the hugely popular television series.

As a matter of coincidence, Tennant, Lyn and "Who" helmer Russell T. Davies were already scheduled to appear in San Diego. Euros Lyn to promote "Children of Earth", and Tennant and Davies to promote the BBC America showings of the new "Doctor Who" specials.

Since "Doctor Who" has become an international sensation during it's latest incarnation, it would only stand to reason that the BBC would choose such a high profile venue, as the San Diego Comic Con, to make their plans known to the world media.