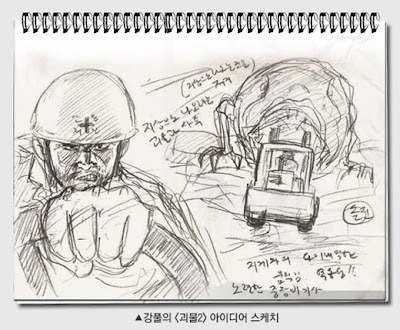 The sequel (actually a prequel) to Bong Joon-Ho's acclaimed monster movie "The Host" has finally gotten the financial backing to begin production. The film, which was originally slated to be released this year, was bailed out by Singapore based, Boku Films, who recently produced the horror film "Rule #1" and the comedy "Men In White".

The film, which was originally announced back in 2007, has been in various stages of development ever since.

The script for "The Host 2" was written by Korean comic artist Kang Full and is set three years prior to the events of the original film. Details are scarce so far but word is this one revolves around the excavation of the Cheonggye Stream, an ancient waterway running through Seoul that was recently reclaimed and restored after years of being covered by a highway, and will feature multiple monsters.

In researching information for this article I came across the website for Boku Films, the financial backer for "The Host 2". Their most recent release was a horror/thriller called "Rule #1" and I thought that everyone would enjoy learning about this film.

I don't know if it is available here in The States, but it may be worth looking for?

Here is the official synopsis: 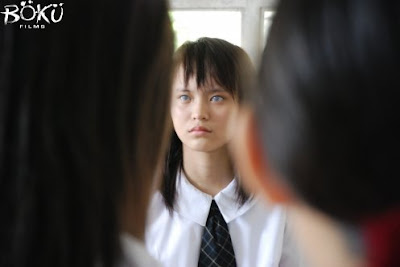 180 of them are about burglaries, murders, rapes and kidnappings.

The remaining 5 begin with: “There is something strange in my house, can you please send someone over to take a look?”

For rookie Sergeant Lee (Shawn Yu), being a cop means running down crooks and upholding the law. Injured in a shoot-out, he finds out to his horror that he is reassigned to the dubious-sounding Miscellaneous Affairs Department (MAD).

There, he is paired up with Inspector Wong (Ekin Cheng), a jaded and alcoholic veteran who explains that MAD’s role is to answer supernatural calls.

A swimming pool caretaker calls the Police about strange noises at his workplace. Lee and Wong are dispatched to the scene. Lee seems to be on the brink of uncovering something sinister when Wong traces the source of the ghastly noise–a clogged-up water pump.

For every seemingly-inexplicable phenomenon, there is a corresponding scientific and rational explanation.

When Lee and Wong arrive at a nursing home to investigate a bizarre TV that keeps turning itself on and off, the veteran cop immediately uncovers the culprit. A man in the opposite apartment is channel-surfing with a remote control that is of the same brand as the TV in the nursing home.

Unconvinced by Wong’s easy explanations, Lee investigates on his own and finds himself confronted by the impossible. At the swimming pool, he is haunted by the ghost of a young girl who had drowned there. At the nursing home, he encounters the spirit of an old woman who enjoyed watching TV before she passed away.

Confronted by Lee, Wong reveals the true mission of MAD. When members of the public call the Police about strange noises or ghostly shadows, MAD shows up and reassures the complainants with scientific and rational explanations. The truth must never be known or else society will descend into chaos.

A firm believer of truth and justice, Lee cannot reconcile himself to MAD’s shady practices. As he rebels against the system, the young cop realizes that there is a grain of truth in Wong’s advice.

Slowly, Lee is sucked into a world of deceit and cover-ups. His relationship with his girlfriend May (Fiona Xie) suffers as MAD begins investigating a string of bizarre teenage suicides.

A girl is found to have hung herself from a height of five feet.

Another girl is discovered to have drowned herself in a fish tank.

Impossible suicides. Unless, the victims were possessed.

As Lee and Wong follow the clues, they realize that something sinister is heading their way.

A serial killer who was shot by Lee before his reassignment to MAD is back–as a ghost. He is moving from girl to girl, leaving a grisly trail of carnage in his wake.

While Lee doggedly pursues this ancient feud, Wong has second thoughts about his flagging career at MAD. The veteran hooks up with his former wife Esther (Stephanie Che) and makes plans to quit the force.

On Wong’s last day, Lee tracks the serial killer’s ghost down to a warehouse. A showdown ensues–in which nobody is let off.

Here are some production stills: 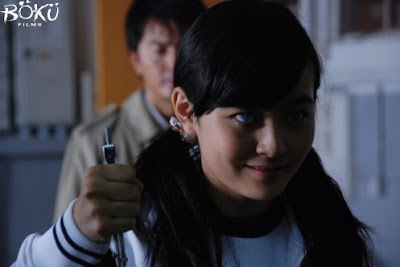 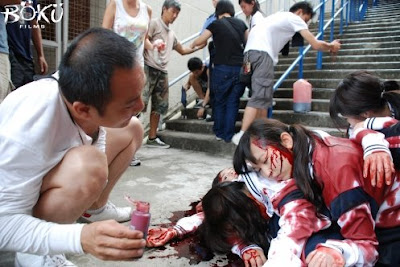 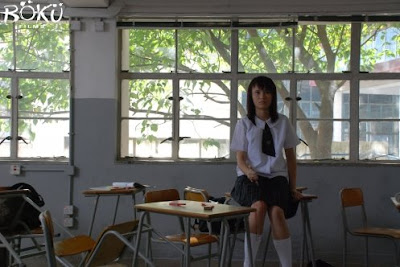 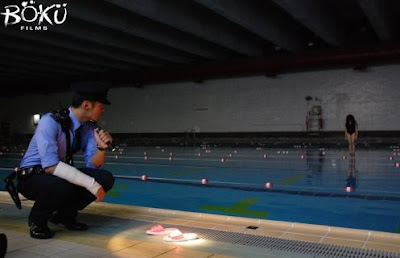