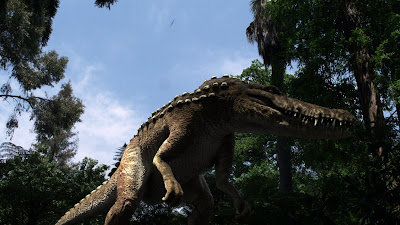 It's good to see that 'versus' movies are coming back into style again. Throughout the history of monster films there have been epic battles between titanic foes such as "Godzilla vs Megalon", "Earth vs. the Flying Saucers", "Mega Shark vs Giant Octopus" and "Joe Versus the Volcano.".....um.....okay.

Today we have yet another titanic battle of the super-beasts in Jim Wynorski's, "Dinocroc vs. Supergator." As you can obviously guess, the film is about a prehistoric crocodile that somehow ends up in the same place as a gigantic mutant alligator, and they both fight.

If you recall, Wynorski's last film was the adult parody of "Cloverfield", entitled "Cleavagefield." We learned from that one that the directer has a thing for big monsters and big boobs. Now, I don't know how many chesty maidens are going to be in this one, but there are two huge critters for certain.

The most notable thing about this one, is the appearance of the late David Carradine, who died sometime immediately after completing his scenes in the film.

I know what your thinking, "crocodiles?, alligators? why they are the same thing ain't they?"

Why no, they ain't....ur...aren't. What, did you forget your "Captain Kangaroo"? Let's refer to Wikipeadia for some clarity:

While alligators are often confused with crocodiles, they belong to two quite separate taxonomic families.

The film should be ready in January, until then, here are the first photos of 'Dinocroc' and 'Supergator' from...um..."Dinocroc vs. Supergator": 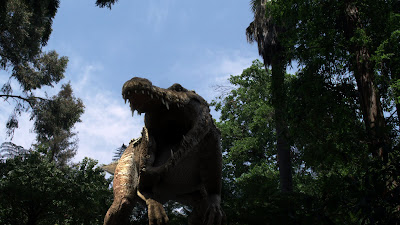 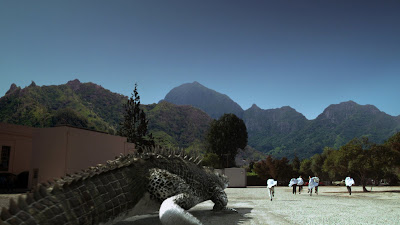 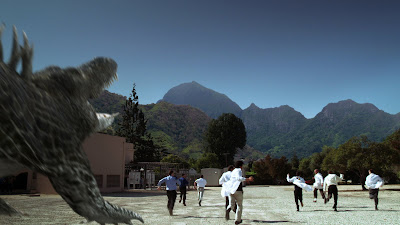